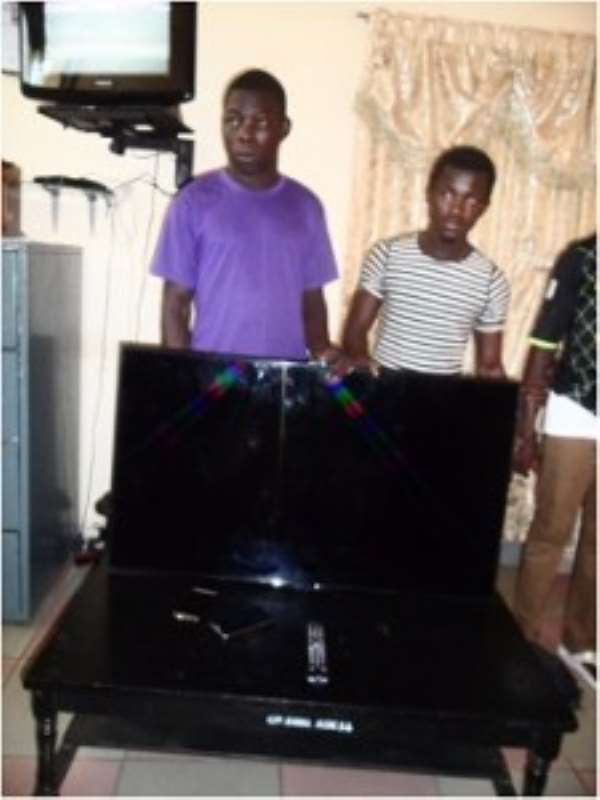 The Suspected Armed Robbers
According to the Asokwa Commander, on the December 1, 2013, at about 1am , Police Patrol team from Asokwa signaled them to stop, but suspect Rashid Mahama, then the rider, sped off ignoring the numerous flashlights signaling them to stop.

He explained that, the Police Patrol team chased him and succeeded in arresting suspect Rashid Mahama, but his two accomplices escaped.

The Police chief said when a search was conducted in a black polythene bag, it was found to contain a quantity of dried leaves suspected to be Indian hemp and 125 wrappers of a white substance, believed to be cocaine.

Minority MPs stage walk out on approval of deputy ministeria...
31 minutes ago

The Ministry dispatched personnel to ask DCOP Opare-Addo why...
31 minutes ago