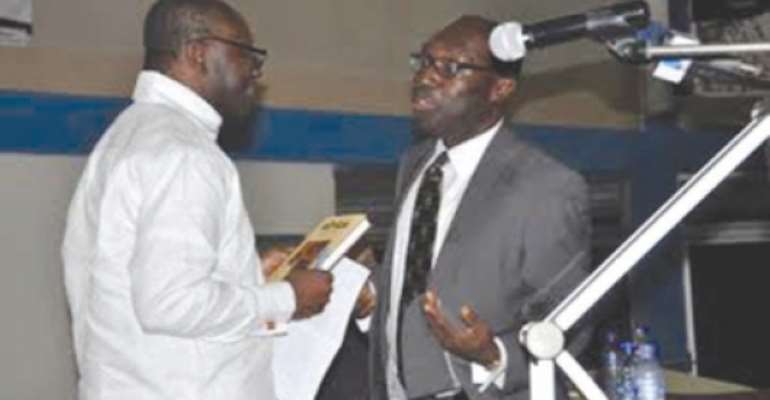 A book that looks at Africa's role in global economic development and governance patterns, especially in the 21st century, has been launched in Accra.

Authored by the Director of Centre for Intellectual Renewal (CIR), Ivor Agyeman-Duah, the 230-page book is titled: “Africa — A Miner's Canary into the Twenty-First Century”.

Speaking at the launch of the book, Mr Agyeman-Duah said the book gave a full account of what he witnessed during his visits to many African countries, particularly in the area of development issues.

He said the book covered his experience with eight African countries, adding “each of these countries had different economic issues but the same challenges”.

The Chairman of Databank Financial Service, Mr Ken Ofori-Atta, who launched the book, described it as an insightful and detailed account of governance and economic arrangements in some African countries.

According to him, the book motivated, inspired and gave a vivid account of economic happenings on the African continent.

The British High Commissioner to Ghana, Mr Peter Jones, who was the guest speaker for the occasion, commended the author for the effort in documenting his experiences.

He said although there were some challenges confronting the African continent, the recent rise in economic activities paved the way for major developments to take place.

The Vice Chancellor of the University of Ghana, Professor Ernest Ayeetey, who was also chairman for the occasion, said the book would contribute towards Ghana's quest to attain its development agenda.

He added that “if we had bad economic issues going on now and we don't tackle them now, they will only get worse with time”.