Uganda crash out of CECAFA Cup 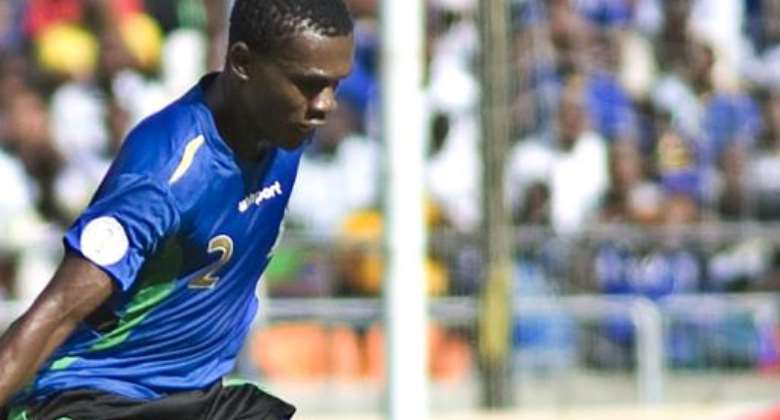 Salum Abubakar of Tanzania in action on June 16, 2013. By Tony Karumba AFPFile

Nairobi (AFP) - Ten-man Tanzania beat Uganda 3-2 on penalties to knock the defending champions out of the CECAFA Senior Challenge Cup in Mombasa on Saturday.

The champions fought back from a 2-1 half time deficit for a 2-2 draw at regulation time in the first of two quarter-finals at the Kenyan port city.

Prolific Tanzanian striker Mrisho Ngassa scored twice in the first half, after Dan Sserenkuma had given the champions the lead in the 16th minute to end Uganda's one hundred percent clean record in the championships.

Tanzania, who lost twice to Uganda at the semi-final stage in 2011 and 2012, were reduced to 10 men after Salum Abubakar was sent off for fouling Nicholas Wadada in the 67th minute.

Defender Martin Mpuuya levelled the scores six minutes later for the Ugandans but Tanzania held their nerve in the ensuing penalty shoot-out to book their semi-final berth.

They will play Kenya who needed a 54th penalty to settle their tie against Rwanda.