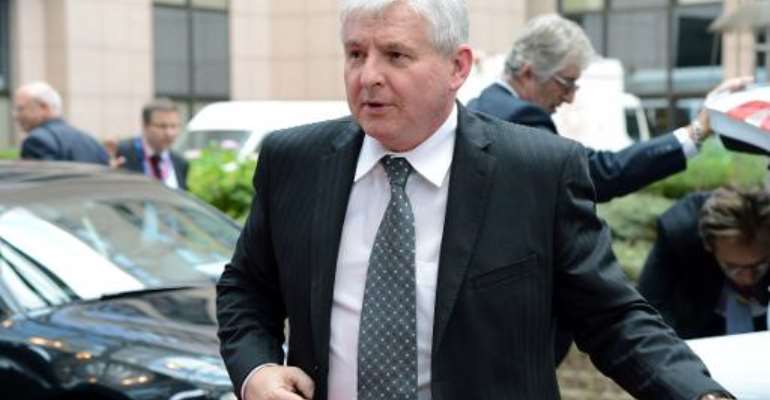 Prague (AFP) - Outgoing Czech Prime Minister Jiri Rusnok said he was hoping to shun the funeral of anti-apartheid icon Nelson Mandela next week, in comments he didn't realise were being recorded that went viral on Saturday.

Talking to Defence Minister Vlastimil Picek, his neighbour in parliament on Friday, Rusnok said "I hope the president will go instead. The idea of going gives me the shivers."

The private chat was captured by parliament microphones, then broadcast by the public Czech Television at night before going viral on the web Saturday.

Rusnok said he hoped President Milos Zeman would go to the funeral, but the Czech Republic's first-ever directly elected 69-year-old head of state is recovering from a knee injury and his participation is doubtful.

"Can you tell me how he will climb the stairs to the plane?" Picek asked Rusnok.

The prime minister, who had sent condolences to South Africa earlier expressing "profound grief" over Mandela's death, called the trip "one hell of a distance" before conceding: "I guess he (Zeman) won't fly so I'm fucked."

Rusnok apologised for his words later on Saturday in a short message sent to Czech media saying "it was not correct to say that."

Mandela, who spent 27 years in apartheid prisons before being elected president of South Africa in 1994, died on Thursday aged 95.

He is due to be buried in his boyhood home of Qunu on December 15, with scores of world leaders expected to take part and pay their respects.