Did the presidency stop Merchant Bank? Baako demands answer from board 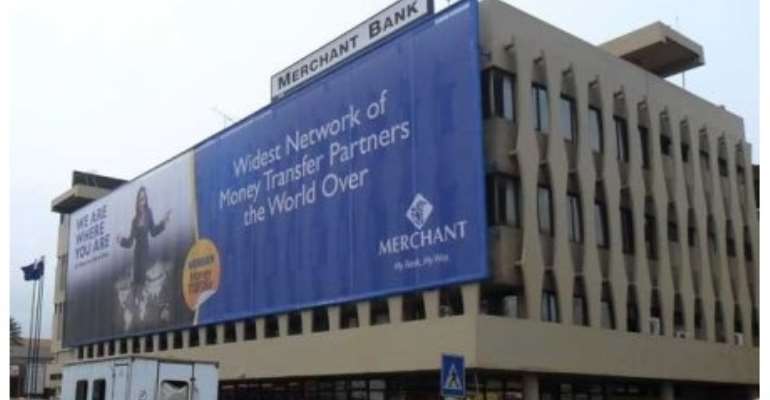 The board of Merchant Bank have been challenged to come clean on claims that the presidency intervened to stop them from recovering the loan owed them by Engineers and Planners (E&P).

According to the Editor-in-Chief of the New Crusading Guide, Malik Kweku Baako, the uncertainty surrounding the presidential intervention would not cease if board members who participated in the meetings where the alleged order was given remained silent and do not go public.

Merchant Bank has been chasing E&P for defaulting in $38 million loan. The Bank also refused to guarantee for the company to contract a loan from the Africa Export Import Bank. A letter from the company's lawyer addressed to the presidency necessitated correspondence and meetings at the presidency in which the then Vice President Mahama participated in them.

Some industry players suspect the presidency intervened in favour of E&P other critics including the Minority in Parliament have described Mr. Mahama's intervention as a conflict of interest especially because the company is owned by his brother, Ibrahim Mahama.

The $38 million debt, according to the bank, constitutes 30 per cent of its 50 per cent non-performing loan portfolio, and was determined to recover it.

Speaking on Joy FM's news analysis programme, Newsfile, former Director of Communications for the NPP, Nana Akomea said the intervention was “classic, horrible failure and a disgrace” to government.

But Editor in Chief of the New Crusading Guide, Kweku Baako has doubted any “potential” intervention.

In his view, if the presidency had intervened, Merchant Bank would not be pursuing E&P for the loan. In the same vein, the bank would not have declined guaranteeing for E&P to contract another loan.

Though he described the petition as “misdirected”, he said information available to him suggest that the company did that because they were desperate.

However, Kweku Baako underscored that it is important for the board of Merchant Bank to tell the public if they were indeed influenced by the presidency.

“At least they are telling us they were asked the question as to why you were not releasing monies, but we are not told in these documents what was the effect. Were they ordered to release the money or they were not ordered? There is no proof. That is why I think we need further and better particulars from the board, especially those who say that they were not happy with why the presidential intervention took place.

A member of National Democratic Congress legal team, Abraham Amaliba has rejected any act of conflict of interest since the transaction was with the company and not the president's brother.

He vehemently denied that President Mahama intervened in the matter, describing the allegation as “falsehood”.

According to him, the president was called into the meeting at the presidency as an “innocent participant” who did nothing to influence Merchant Bank's decision.

“In all this, we have not been told and there is no correspondence to indicate that the president instructed Merchant Bank not to claim or recover their debt, nowhere.”