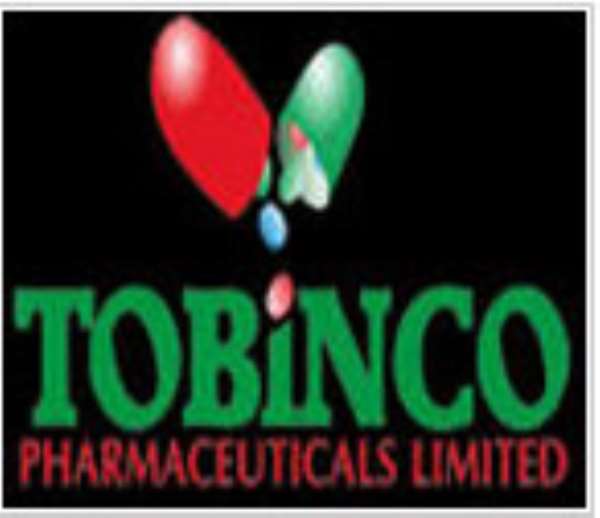 I am a bit confused about the whole Tobinco saga. I have although not the needed facts to argue out my points as it should, I will however endeavour to reason with the public by elaborating on certain facts already made available in the public domain. These facts have been made available by both the Food and Drugs Authority (FDA) not long ago headed by Dr Stephen Opuni and the Ministry of Health.

To better arrive at the conclusion of whether or not Tobinco is being witch-hunted as it is the opinion of many, I will have to explain certain words and phrases forming the basis of the charge levelled against Dr Tobin of Tobinco Pharmaceuticals.

FAKE is defined as anything made to appear otherwise than it actually is; to cause (something inferior or not genuine) to appear more valuable, desirable, or real by fraud or pretence.

SUB-STANDARD: below an established or required standard

STANDARD: an accepted or approved example of something against which others are judged or measured


UNLICENSED: done or undertaken without license or permission; unauthorized.

UNLICENSED DRUG/MEDICINE: “The term 'unlicensed medicine' is used to describe medicines that are used outside the terms of their country (e.g. Ghana)licence or which have no licence for use in the country (Ghana).* Unlicensed medicines are commonly used in some areas of medicine such as in paediatrics, psychiatry and palliative care. They are also used, less frequently, in other areas of medicine”.

The Ministry of Health is vehemently arguing that the drugs imported by Tobinco are not fake as being alleged by FDA. They further state with authority that the FDA has no invested powers to close down pharmacies without their permission. Nonetheless, FDA is quoting public Health Act, Article 119 subsection 1 and 2, to justify their authority to close down pharmacies without seeking permission from anybody.

FDA has issued an ultimatum to Tobinco to have the drugs exported back to whence they came from by 10 December 2013 or they will burn them on expiry of the indicated date. They again claim the drugs are unwholesome. What is unwholesome, some people may ask? It simple means detrimental to physical or mental health.

Dr Samuel Amo Tobin, the owner of Tobinco Pharmaceuticals has been challenging FDA, accusing them of acting without providing scientific evidence to support their wild goose chase allegation.

In the event of FDA failing to provide scientifically analysed proof faulting the consumability of the drugs, it has no legal and moral right to classify them as unwholesome.

If the drugs are tested to cure the very illness for which they are specified and are resultantly being sold or displayed, how then do they become fake inferring from the definitions indicated above?

The use of unlicensed medicines is permitted to some degree even in the advanced countries according to research.

From the sequences of how the PNDC/NDC governments have collapsed the businesses of the Akans, one wonders if the heavy-handed treatment of Tobinco in the absence of clear-cut proof but employment of accusing words and phrases is not another ploy to collapse an Akan's business again.

I do not support anyone selling fake, unwholesome and substandard drugs that will likely have disastrous effects on Ghanaians or on any human being. In the same vein, I do not support the idea of falsely accusing one just to destroy the person's business or integrity because of the tribe he/she belongs in or otherwise.

If indeed Tobinco is being witch-hunted, then woe betides all those behind that plot for one reaps what one sows. Since when has Dr Tobin been importing fake, unwholesome and substandard medicines into the country? Is this his first time or he has been doing it over the years as some Ghanaians seem to believe? If it is his first time, why did he do that? If he has been doing it for years, why is it today that the FDA is reacting or detecting it?