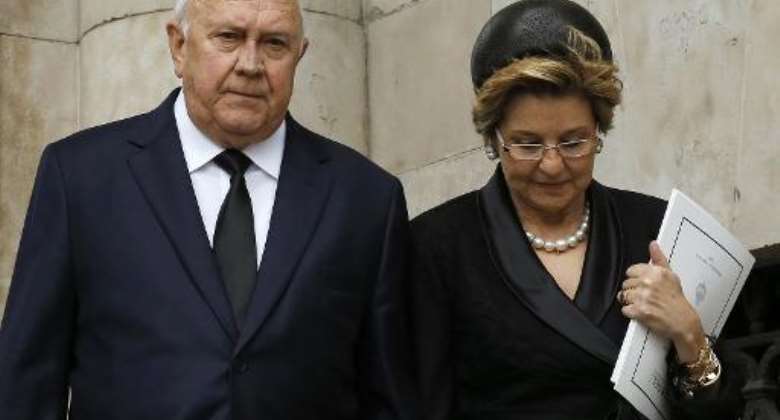 "It was an honour to work with former president Nelson Mandela in bringing democracy to South Africa," de Klerk said in a statement after the death of the anti-apartheid hero.

"I believe that his example will live on and that it will continue to inspire all South Africans to achieve his vision of non-racialism, justice, human dignity, and equality for all," he added.

When Mandela was finally released from prison in February 1990 he was entrusted with the task of persuading the new president de Klerk to call time on the era of racist white minority rule.

Mandela and de Klerk, South Africa's last white president, were jointly awarded the Nobel Peace Prize in 1993 for their role in the ending of apartheid.

After the landmark elections of 1994, de Klerk became deputy president in the government of national unity under Mandela.

"Although we were political opponents, and although our relationship was often stormy, we were always able to come together at critical moments to resolve the many crises that arose during the negotiation process," de Klerk said.