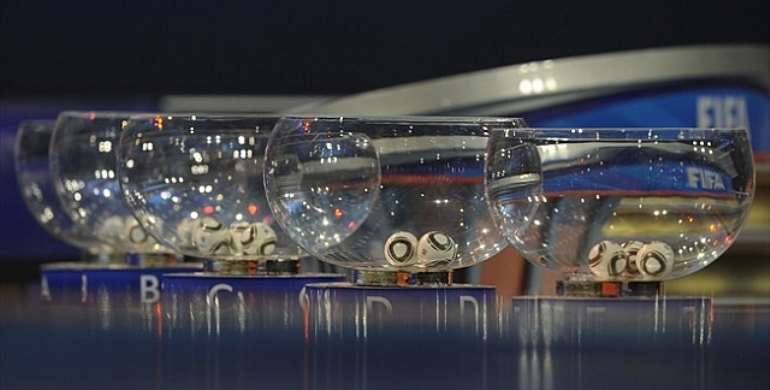 The media have already started their analysis. The fans are beginning to feel the nerves. On Friday, the wait will be over. The Final Draw on 6 December will deliver the verdict on the eight groups which will kick off the 2014 FIFA World Cup Brazil™.

So what else would you like to know about this key date in the football calendar? We answer all of your questions here.

Who are the seeded teams?
Brazil, as hosts, then Argentina, Belgium, Colombia, Germany, Spain, Switzerland and Uruguay as the best-placed teams in the FIFA/Coca-Cola World Ranking for the month of October 2013.

Where is the Final Draw taking place?
The event is staged at Costa do Sauipe, on the Costa dos Coqueiros, an impressive location in the State of Bahia, 76 kilometres north of its capital, Salvador.

Who will be there to carry out the draw?
FIFA Secretary General Jerome Valcke will be charged with conducting the draw and he will be joined by a number of distinguished assistants: Uruguay legend Alcides Ghiggia, Englishman Geoff Hurst, former Brazil captain Cafu, Italy's Fabio Cannavaro, Argentina's Mario Kempes, Spain's Fernando Hierro, French legend Zinedine Zidane and German great Lothar Matthaus.

The first step of the draw will be to pick out a team from Pot 4 – the only one with nine teams – and put that side into Pot 2, in order to ensure each zone has eight balls. Then it will be back to Pot 1 and Brazil will be placed into Group A, with the rest of the seeds drawn in position 1 of the remaining groups, consecutively up to the letter H.

Pot 2, now with teams from three different confederations, increases the risk of breaking the rule of geographical separation. In order to avoid a group with three European teams, there will be a Pot X featuring the four seeded South American teams. One ball will be drawn from this pot and this will determine the group for the sole European team in Pot 2. Then, Pot 2 will be drawn. The European team will go into the group already established, with the remaining sides fitting sequentially into Groups A to H.

It is also worth noting that some groups may be skipped to respect the rule of geographical separation, in order to avoid Chile and Ecuador going into sectors featuring South American seeds.

Pots 3 and 4 will then be drawn.
The position of the teams in the groups will also be drawn (except the seeds, as already mentioned).

Where can I follow the draw?
The draw will be broadcast live and screened on public-access television in no less than 193 countries. FIFA.com's comprehensive coverage of the day begins at 9am local time with a special show which can also be followed via the FIFA App. There will also be up-to-date information on our Twitter account and on our Brazil 2014 Facebook page.

Will there be a show during the draw?
Yes. The event will feature several musical performances: Alcione and Emicida, duo Vanessa da Mata and Alexandre Pires, celebrated choreographer Deborah Colker and the Bahia-born pair Margareth Menezes and Olodum.