FELIX KWAKYE FOSU IS UNDESERVING OF A MINISTERIAL PORTFOLIO 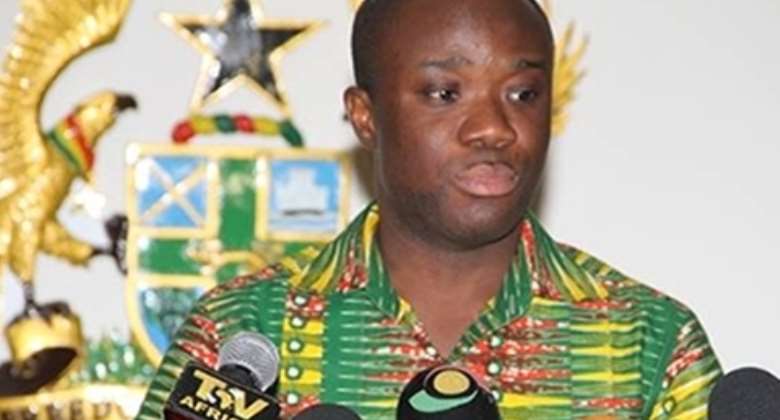 I was driving in New York City on Tuesday afternoon and as usual tuned in to Asempa radio by the courtesy of Prince phone radio. The program was "ekosiisem" when Captain (the host, who filled in for KABA) interviewed one Mr. Awuni on the proposed sale of Merchant Bank of Ghana. After Mr. Awuni had finished his interview, the host took time to announce some few commercials of the program sponsors, then returned with announcement that he was going to take one more call before he switched gears to the invited guests. The call he took was from Felix Kwakye Fosu and the arguments he advanced on the program amidst his evasiveness and the uncharitable hair splitting he displayed on the program shocked me to my bones. the question I kept asking myself whilst listening to the program was that, is this guy a deputy minister for NDC or a deputy minister for Ghana?

Kwakye Fosu's attempt to defend the indefensible made him sound so stupid on the program. Captain also did a great job to help him ridicule himself by pestling him with questions after questions none of which he could provide any direct answer. In fact, if Kwakye Fosu's mindset, and his logical inferences are replica of the caliber of ministers we have in Ghana now, then I am afraid, we are in for a bid trouble. The so-called deputy minister of information argued that , since Mr. Awuni was the spokesperson for President Kuffour under NPP regime and did not say anything to challenge the sale of Ghana Telecom, Mr. Awuni forfeits all rights to criticize the intended sale of Merchant Bank under NDC government.

Oh!! God of Abraham and Isaac, come down to help your nation Ghana else Ghana will perish. So Kwakye Fosu, if NPP sold Ghana's Telecom for cheap, does that give NDC any birth right to sell an equally important national asset for peanut? If NPP made a mistake and NDC has the benefit of hindsight of NPP's mistakes, Why do you want to repeat the mistake your predecessor made? For Kwakye Fosu to argue that Mr. Awuni wants to imply that, only NPP has the right to sell Ghana's assets, and that they the NDC also have the right to sell Ghana's assets is very very childish and philosophical bankrupt. Is the NDC trying to settle scores with the NPP by selling as many assets as the NPP did or they want to prove to the world that they are more stupid than the NPP when it comes to the sale of National assets? I need some help here? Are NPP and NDC in the race to find out which party can sell National Assets for cheap?

It is very strange that Ghanaians keep calling people like Kwakye Fosu honorable; what is honorable about someone who is doing a disservice to mother Ghana? someone who thinks the government he is part of has the right to sell national Asset for cheap because previous government also sold some asset under dubious circumstance. It is said that great men of today stand tall, not because they are tall, but because they stand on the shoulders of past giants, look at their previous work, avoid their mistakes and pitfalls, and improve upon their successes.

China is fast advancing because, since 1968, they have consistently been sending scientists to every major trade fair to take pictures of products and try to copy and improve those products. In Ghana, the opposite is true, when NPP is doing something bad to the nation and you criticize, they say, oh NDC did similar thing and when we complained, they did not listen. Similarly, when NDC does something detrimental and very injurious to the state and you criticize, all that you hear from NDC spokespersons is that NPP did something equally bad and nobody said anything, so why are you criticizing us now?

If every successive government will try to outdo the mistakes of the predecessor government, then I am afraid Ghana is doomed forever.