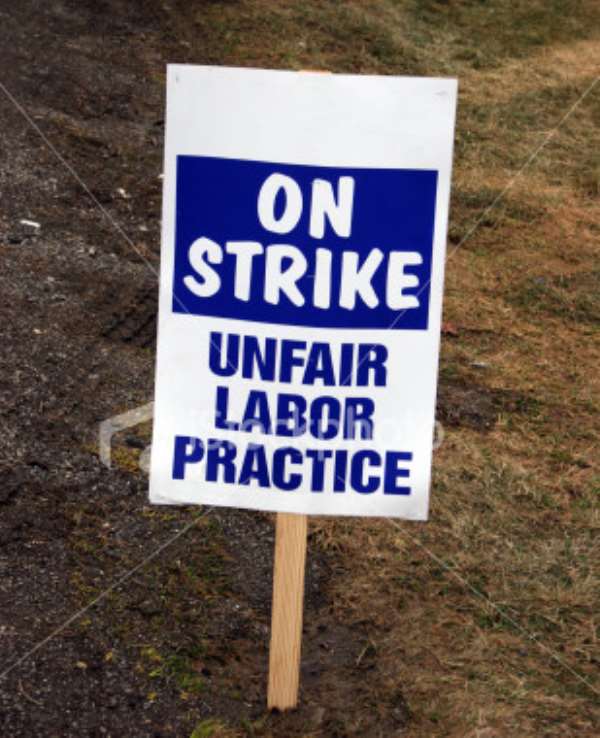 A major struggle between the National Union of Mineworkers (NUM) and the bosses at Northam Platinum's Zondereinde facilities is turning out to be a critical test for this important labor organization in South Africa. NUM has been on strike for more than a month but management has refused to budge on its fundamental demands.

7,000 workers walked off the job on November 3 after months of negotiations failed to reach an acceptable agreement for both sides. South Africa remains the largest known source of platinum in the world.

At Zondereinde the union is demanding a R2,100-2,100 in wage increases and for sleep-out housing allowances of R3,800. At present the sleep-out allowances are R2,200.

These pay hikes would constitute a 42 percent increase in wages for the workers. Despite platinum being a major industry in South Africa, pay and working conditions remain poor.

The company is offering wage increases of 8 to 9 percent. It claims that higher salaries will force layoffs due to a decline in earnings.

In order to build public support and to pressure the management at Northam, NUM organized a mass demonstration on November 26 at the company headquarters located in Dunkeld West in Johannesburg. Several women workers who spoke to the media at the Johannesburg demonstration said that there was widespread discrimination and nepotism operating at the mines.

Women union members said that many of them were forced to work on dangerous jobs underground while whites with less qualifications held positions aboveground where hazards were less numerous. The demonstration on November 26 represented the continuing campaign to shape public opinion surrounding NUM and its latest industrial action.

As early as November 3, NUM complained that the company was deliberately distorting issues surrounding the labor dispute. The corporate media has subsequently sought to focus on the competition between NUM and the rival-breakaway Association of Miners and Construction Workers Union (AMCU) which has taken tens of thousands of members away from the parent organization.

NUM, an affiliate of the Congress of South African Trade Unions (COSATU), had been the bulwark of the largest labor federation inside the country. COSATU, which claims over two million members, is closely allied with the ruling African National Congress (ANC).

In a statement issued by NUM prior to the strike, the union said that "It is irresponsible for Northam Platinum Mine Management to lie to their shareholders and the public in general. We want to state categorically that ever since we served the company with a 48 hour notice nothing came out from the company for any meeting. This is despite the commitment we made to the company that we will be on standby for 24 hours a day to make sure that we find a solution to the impasse. We believe that if it was not the attitude displayed by the management the strike could have been avoided." (NUM statement, November 3)

Company Blames Union for Profit Losses
Northam spokesperson Memory Johnstone in an effort to blame the union for the failure to reach an agreement in the strike issued a public letter in late November claiming that NUM negotiators are not seriously working towards a settlement. The letter was widely circulated in the South African press and was published alongside reports of profit losses since the beginning of the current strike and other labor unrest which has swept the platinum, gold and iron ore sectors over the last year-and-a-half in South Africa.

Johnstone said that "The letter was delivered to Mr Baleni (secretary general of NUM) prior to publication as a genuine attempt to get the NUM leadership involved in negotiations. It is notable that Mr. Baleni has, until now, refused any engagement with the company. After a negotiation period of almost four months, the company sought to raise the level of awareness of the serious impact of the strike on the company and on employees. It is nigh impossible to negotiate if only one party ever moves and the other party maintains its position." (Mail & Guardian, November 29)

"A protracted strike will undermine the long-term viability of Northam and could threaten jobs," the mining corporation stressed in the letter reprinted in the Business Day newspaper on November 25 to Frans Baleni, the General Secretary of NUM. Northam produces approximately 1,000 ounces of platinum group metals per day and the firm says it is losing 14 million rand every day in revenue, with the strike costing it over 200 million rand over the last month.

Labor, the ANC and National Elections
This strike comes at an important time for NUM, COSATU and the ANC. National elections will be held during 2014 and the support of labor has been essential in the ruling party's efforts to remain in power.

Next year will represent twenty years since the ANC came to power in South Africa. Although many reforms have been instituted, poverty, unemployment and underemployment remain a major source of concern and unrest among the majority African population.

Since 1994 no fundamental transfer of wealth has occurred between the white minority, the multi-national corporations, which still dominate the national economy, and the African majority. Some elements within COSATU, including the leadership of the National Union of Metalworkers of South Africa (NUMSA), has called for more radical reforms aimed at nationalization of mining industries and the transferal of arable farm land for the benefit of the people.