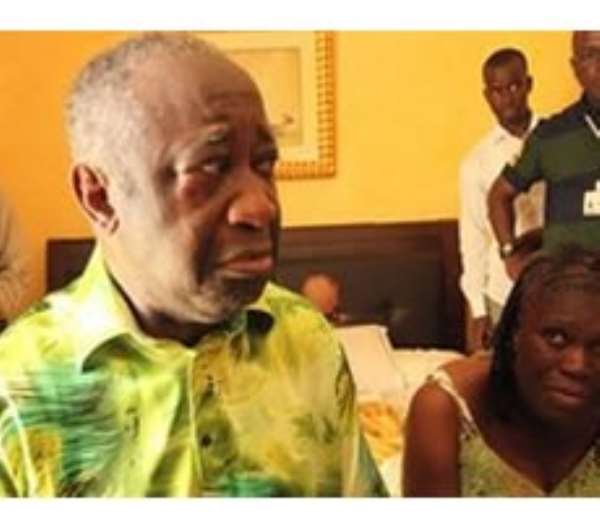 Payments were made to Liberian mercenaries and Ivory Coast militia commanders in a bid to head off attacks aimed at destabilizing President Alassane Ouattara's government.

The report to the Security Council by experts who monitor the UN sanctions against Liberia cast new light on efforts by Ouattara's government to blunt the threat from Gbagbo, whose refusal to concede defeat in a 2010 presidential election sparked unrest in which thousands died.

Gbagbo is now at the International Criminal Court in The Hague facing charges of crimes against humanity. But several cross-border attacks were staged from Liberia in 2012 and the UN mission in Ivory Coast has said several times that new incidents are possible.

The Ghanaian government told the UN experts in July that its neighbor had been sending Ivorian agents intending to assassinate or kidnap militant pro-Gbagbo refugees.

"The Ghanaian authorities claimed to have foiled at least two such missions in early 2013," said the report.

Key Liberian mercenaries
At least one former Gbagbo supporter who had returned to Ivory Coast "had been abducted and had disappeared", it added.

The experts said they had been unable to "independently verify" the claims.

But they met several former Gbagbo ministers in Accra who said they wanted to return "but were afraid that they would be killed if they succeeded".

Gbagbo refused to accept the result of the presidential election in late 2010. At least 3 000 people died in five months of unrest before he was captured in an operation backed by UN and French forces.

Ivory Coast was gripped by civil war for much of the previous two decades. Ouattara has embarked on reconciliation efforts but has been urged to move faster and to clamp down on corruption.

The UN experts said they had "gathered substantive information" concerning payments made from May this year by the Ivory Coast government to "key Liberian mercenaries".

Two of the mercenary leaders were identified as Isaac Chegbo, who is also known as "Bob Marley" and Augustine "Bush Dog" Vleyee.

Money was paid for "collecting information from these individuals and discouraging them from conducting cross-border attacks," said the report.

It said the payments were made by the Ivory Coast interior ministry's bureau of operational intelligence.

Tensions
Seven peacekeepers were killed in one cross-border attack from Liberia in June 2012. The border region has been quiet this year, however, despite fears raised by the UN leadership.

The mercenaries told the UN sanctions experts they were taken to Abidjan to receive money. One said he was given $8 000 but others said they got as little as $2 000.

"Several of the mercenaries who had received such payments complained that they had been promised substantially more money," the report said. The mercenaries "alleged that additional financing had been misappropriated by Ivorian officials" and the Liberian intermediary.

The UN report said that while attacks had diminished this year, the payments were not a "sustainable" way of keeping the lid on tensions in the country.

It also said Ivory Coast had failed to tell Liberian counterparts about the payments or other moves to sway Gbabgo followers in Liberia.

An Ivory Coast mission accompanied by a UN official from Abidjan that went to a refugee camp in Liberia in May was briefly detained by Liberian authorities who had not been warned in advance, said the report.