It will be more dignifying for Nunoo-Mensah to retire - Agyarko 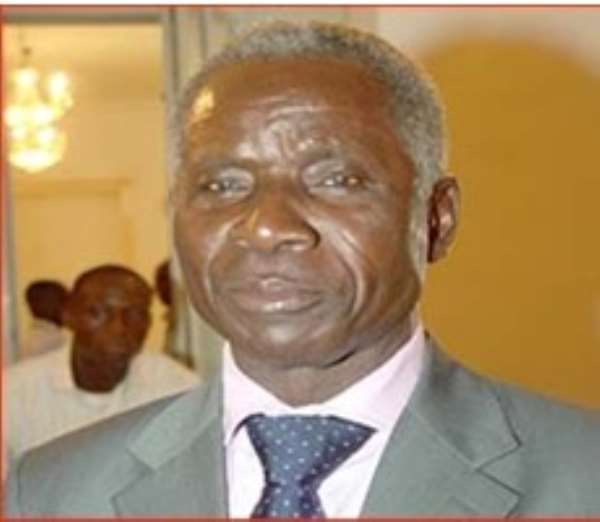 The Member of Parliament for Ayawaso West Wuogon, Emmanuel Kwabena Agyarko has described as a demotion the reassignment of the former National Security Advisor, Brigadier General Joseph Nunoo-Mensah (rtd).

According to him, given his pedigree as a senior army officer and a-two-time Chief of Defense Staff, Brigadier Nunoo-Mensah (rtd) should not be appointed to an office lower than his rank.

A statement from the presidency over the weekend announced that Brigadier General Nunoo-Mensah has been reassigned as Head of the Human Security Department of the National Security Council Secretariat.

William K. Aboah, a retired Commissioner of Police, who was once the Head of the Police Criminal Investigations Department (CID) and former Interior Minister is to replace him.

Brigadier General Nunoo-Mensah incurred the wrath of striking workers after he asked them to “get out” of the country if they are not ready to sacrifice.

His reassignment has been linked to his “get out” comment, a claim government has vehemently denied.

However, Emmanuel Kwabena Agyarko on Peace FM said that Nunoo-Mensah should have known better.

“How does he [Nunoo-Mensah] feel about all these? If he was my father, I will tell him to retire”, he noted.

Ayawaso West Wuogon MP said for a former Security Advisor to be reporting to a Security Coordinator is very humiliating, adding that  at age 74, he [Nunoo-Mensah] has served Ghana enough and should be  taking a  rest  .