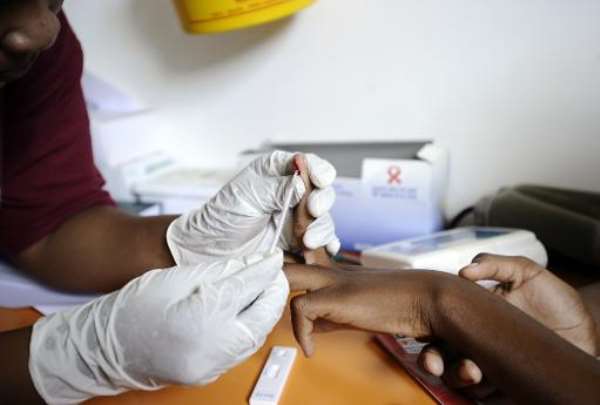 Johannesburg (AFP) - South Africa has been hailed as a model for HIV treatment, but some now fear its very success may be breeding complacency and making people less careful about infection.

South Africa's free drugs programme for AIDS has expanded rapidly to 2.4 million people -- more than double the number three years ago -- and boasts the largest treatment project in the world.

At a clinic at one Johannesburg public hospital, life-saving anti-retroviral drugs are dispensed at the click of a button.

A doctor sees a patient and sends the prescription electronically to the pharmacy, where it is immediately dispatched to a robot.

The robot then picks up the prescribed drugs and drops them into a pigeon hole in just under 90 seconds for the patient to collect.

"The doctor orders it and by the time you get to the next window your drugs are ready."

The hi-tech dispensary bears testimony to how far Africa's largest economy has come after a court forced it to give free AIDS medicines -- called anti-retrovirals or ARVs -- in 2002.

Around 6.4 million South Africans -- 12.3 percent of the population -- live with HIV or AIDS, according to a survey last year.

"We are proud that we are regarded as a model country," Health Minister Aaron Motsoaledi told AFP.

But anti-AIDS activists say one unforeseen consequence of the country's success may be that people are less careful about having safe sex.

"I find that people don't take the virus as seriously as they should be, especially people our age," said University of Pretoria volunteer AIDS counsellor Palesa Motau, 21.

Some become complacent, she thinks and then say "There's a Plan B, there's a Plan C -- I've always got a safety net."

Even as HIV/AIDS is now a manageable condition, 21-year-old Ayesha Dlamini, who tested positive for HIV at 17, cautioned: "Young people should stop being reckless".

"You get people saying: 'It's fine if I get HIV, then I can get treatment' -- that irritates me."

Mpho Motiang, another counsellor at the university, says young people are "losing that fear" of HIV, while others say pregnancy is a bigger concern.

"We have seen students who go to the clinic not for testing, but for the morning-after pill," said Johannesburg-based AIDS activist Mongezi Sosibo.

Worrying gaps in the system

"We haven't seen a lot of 'Oh! I am not afraid of HIV', but we have seen that young people are quite afraid of going for testing because they still have issues with testing services, like lack of confidentiality," said UNICEF HIV specialist Rick Olson, who is responsible for prevention and adolescents.

Motsoaledi agrees that HIV/AIDS is "no longer regarded as a death sentence" in South Africa, but he points to the country's extensive anti-AIDS education drive.

The programme is targeting 12 million school children, though a plan to distribute condoms in schools has sparked anger among some activists and parents.

But the HIV/AIDS treatment system still has worrying gaps.

As the number of people on treatment expands and authorities mull plans to make the drugs available 24 hours a day from ATM-like machines, a study by Doctors Without Borders (MSF) has shown one in five health centres suffers ARV shortages.

Medicine availability depends on where you live in the deeply unequal country, and interrupting ARV treatment is dangerous because the body then develops immunity against the drugs.

"The number of patients impacted is astounding and can't be ignored," said Gilles van Cutsem of MSF, which surveyed over half of South Africa's 3,800 health centres.

But the government rejected the study's findings as "extremely exaggerated".

"Such a huge operation is likely to have challenges but to suggest that we are in 'crisis' is extremely dangerous," said health spokesman Joe Maila.