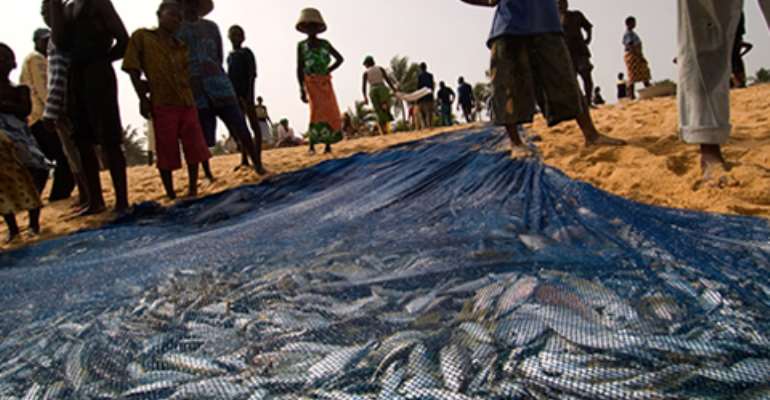 Minister of Fisheries and Aquaculture, Nayon Bilijo, says he is taking steps to avert a looming European Union (EU) sanction on the country's fishing industry.

He said his Ministry is pursuing a policy of sub-regional collaboration to stop illegal fishing in Ghanaian waters following an EU Commission resolution that placed Ghana on a list of countries set for sanctions.

The EU announced on November 26, 2013 that it had banned exports from Belize, Guinea and Cambodia. However, the announcement also warned three countries including Ghana to take action against illegal fishing or risk being blacklisted.

The EU has branded Ghana as one of the countries with the most illegal fishing industries. If the sanction is imposed, Ghana's exports of Tuna to the EU will be blocked.

“What Ghana has to do now is to liaise with our neighbours to ensure that it is easier for a Ghanaian vessel to acquire fishing license to fish in Liberia, Ivory Coast and so on”, said Mr Bilijo.

The sector Minister, who expressed worry about the situation, says Ghana will do everything possible to deal with the problem.

But before the EU issued this warning there has been concerns about the decline of the fishing industry which is a key non-traditional export for the country.

Myrock Food Processing Company, a free zones company that exports canned tuna to the EU reported it has lost more than $5 million due to a ban of its exports to the European Market.

The company reported that it has had to lay off over 800 employees due to the ban having reduced its daily production from 100 to 60 tonnes per day.

Ghana is the third tuna exporting country to the EU. In 2012, canned tuna was the number 3 of the leading 10 non-traditional exports from Ghana according to the Ghana Exports Promotion Authority.