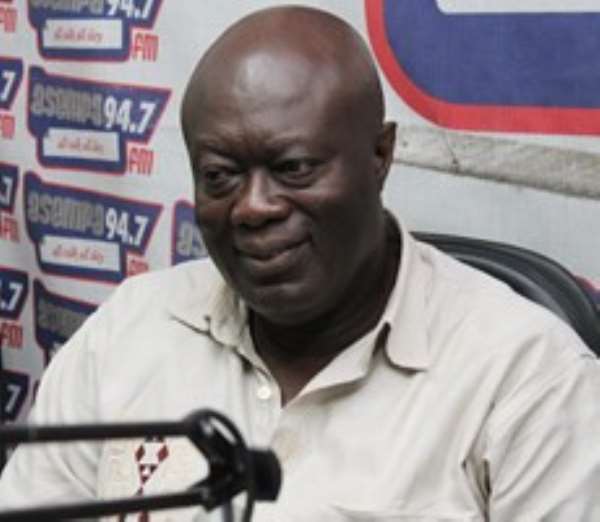 Former Asokwa Member of Parliament, Kofi Jumah, has chided ex-president John Kufuor for granting an unconditional pardon to Tsatsu Tsikata, who was incarcerated in 2008.

Jumah says "jail is where Tsatsu belongs and must go back there."

He was contributing to discussions on Ekosii sen programme on Asempa FM on the controversial sale of the oil drill ship, which is currently a subject of investigation by the Judgement Debt Commission constituted to investigate the phenomenon of judgement debts in the country.

According to the former MP, Tsatsu Tsikata had saddled the country with more debt, far more than the NDC financier, Alfred Agbeshie Woyome was reported to have caused the country.

He was particularly angered by what he referred to as the "arrogant" posture of Tsikata when, he appeared before the judgement debt commission.

He said Tsikata lied before the Commission, when he created the impression that GNPC was in good condition before he left office in 1998.

Mr. Jumah further pointed out that Tsikata saddled the corporation with so much debt with his hedging policy he instituted and was shocked he had the nerves to condemn the individuals, who came to clear the mess he left behind.

Jumah therefore insisted that steps must be taken to haul Tsikata back to jail for causing financial loss to the state- charges he was found guilty of and incarcerated in 2008.

But Kofi Adams has expressed surprise at Jumah's comments.

He said the personal attacks and insults by Jumah is the reason why the NPP would always top the charts on Prof Karikari's survey of political insults in the Ghanaian media.