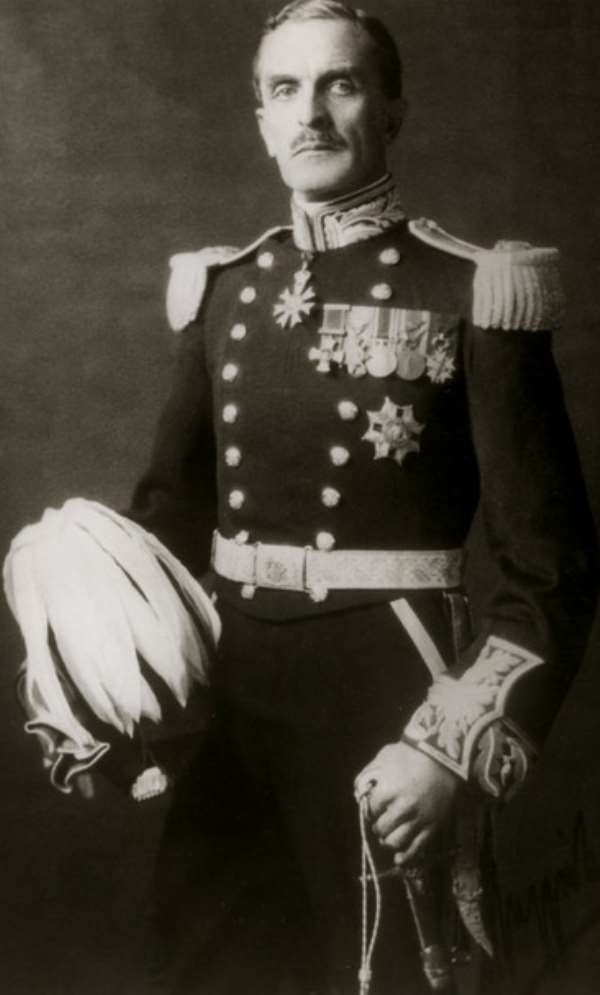 I believe it was Nana Addo Dankwa Akufo-Addo who started this cheap, vacuous and unwarranted attack on Ghana's unarguably most progressive and dynamic British colonial governor of his generation and time in a bid to boosting his presidential campaign currency. For those who may not know this, it was the Canadian-born astute and foresighted civil engineer by the name of Sir Gordon Guggisberg who laid the seminal foundations for most of the major highways in the country, and thus the industrial, economic and cultural foundations of modern Ghana.

Guggisberg, it was, who yeomanly shepherded the construction of Ghana's flagship healthcare facility, the Korle-Bu Teaching Hospital; and may well have also facilitated the establishment of the former Prince of Wales School, presently called Achimota College, an offshoot of which eventually became the country's flagship academy, the University of Ghana.

I was therefore peeved in no small way to read a news report citing Mr. Divine Nkrumah, the National Youth Coordinator of the Nduom-patented, owned and operated Progressive People's Party (PPP), haughtily faulting the Mahama-led National Democratic Congress (NDC) for woefully failing to "change the structure of the economy from the [proto-colonialist] Guggisberg economy to a modern independent one."

About the only point on which I roundly agree with Mr. Nkrumah regards the seemingly abject lack of progressive self-interest on the part of the overwhelming majority of the Ghanaian electorate. This is not, however, in any way to suggest that, indeed, an overwhelming majority of Ghanaian voters returned the Rawlings-minted National Democratic Congress to power last December. We already know from the publicly pontifical pronouncements of the Atuguba-presided Supreme Court panel that adjudicated the Election 2012 Presidential Petition, that President Mahama did not garner the constitutionally mandated 50-percent of the national ballot.

According to the calculation of Justice Julius Ansah, for example, the NDC Mafia capo won 49.25-percent of the total votes cast, while New Patriotic Party's Nana Akufo-Addo clinched 49.19, or so,-percent of the votes. In practical essence, what the foregoing figures indicate is that Ghana is decidedly two disparate ideological units, one faux-welfarist and predatory oriented, and the other liberalist and private-enterprise oriented.

What annoys me here, though, is that none of the two major ideological camps, given the chance at the helm of national stewardship, in the past, was able to "De-Guggisbergize" the country's neocolonialist economy. The National Democratic Congress actually initiated the unpardonably regressive process of dismantling the country's fledgling, albeit quite steady, industrial base by literally auctioning off state-owned factories operated under the aegis of the Ghana Industrial Holdings Corporation (GIHOC), in the dubious name of "divestiture."

Conversely, the Kufuor-led New Patriotic Party (NPP) government, while it exponentially expanded the material base of the national economy, did a diddly little to usher the country into the critical developmental phase of an agro-based industrial revolution. It was not that Mr. Kufuor did not make the necessary attempt and/or effort, there is incontrovertible evidence that he may well have hired the wrong man for the job.

I am also peeved by the constant and ungrateful invocation and insinuation of the name of Gov. Gordon Guggisberg into the largely self-wrought economic problems of the country. If nothing at all, it was this most foresighted and astute of our British colonial administrators who literally made the Okyenhene, Nana Sir Ofori-Atta I (the original and most authentic "Kwaku Duah") the foremost and most enlightened of our modern Ghanaian paramount chiefs. And the Guggisberg-disparaging Nana Akufo-Addo ought to know and fully appreciate this fact.

The Guggisberg economy it was that commandingly established Ghana as the world's leading producer of cocoa and the most formidable West African economic power in the colonial era. At any rate, is it the fault of Gov. Guggisberg that Fourth-Republican Ghanaian leaders woefully lack the requisite creative initiative to position the country among the enviable ranks of such mid-level industrial economies as South Korea and Indonesia?