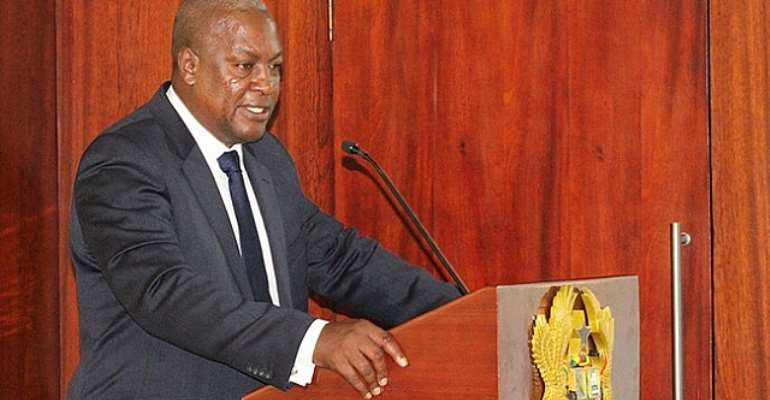 President John Dramani Mahama is expected to cut the sod in the first week of December for work to start on the expansion of the Takoradi Harbour,  Mr Felix Kwakye Ofosu, a Deputy Minister for Information and Media Relations, said on Thursday.

He said the expansion programme was in line with government's decision to step up development of infrastructure.

Mr Kwakye-Ofosu said this at the daily press briefing at the Flagstaff House, Kanda.

He said apart from the Takoradi port expansion, the government would also build more schools, roads and railways to provide alternative means of livelihood for Ghanaians irrespective of their geographical location.

He said the President had lined up a number of visits to the regions where he is expected to thank the people for their support in the 2012 general election and also inspect and inaugurate projects in line with the better Ghana agenda.

On governance, the Deputy Minister said President Mahama was satisfied with the willingness of Ghanaians to engage government in its development agenda and urged them to criticize constructively to enable government to chart the best development path of development.

“The President is interested in feedback and will therefore be happy to hear from people through the social media,” the Deputy Minister added.

Mr Kwakye-Ofosu said much as government welcomed constructive criticism, it would however not countenance any intentional insults and other utterances that would undermine the peace and unity the country was currently enjoying.

He urged all Ghanaians to be stakeholders in the governance process of the country as democracy involves the engagement of all and sundry in the country.

The President last week visited the Upper East and Upper West Regions where among other engagements cut sod for the commencement of work on some development projects, inspected on-going ones and inaugurated the completed projects.