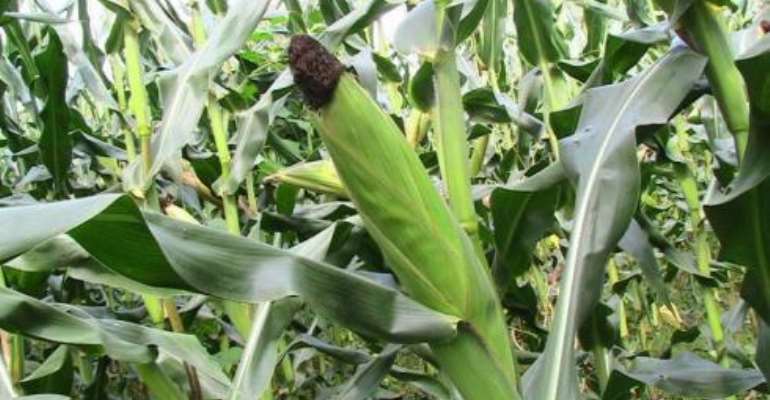 The Africa Regional Intellectual Property Organization (ARIPO) is considering the adoption of a regional legal framework on Plant variety protection that will criminalise farmers' rights and undermine seed systems in the ARIPO region. The Administrative Council met in Uganda from 25-26th November, while the Ministerial Conference will be meeting on 27-28th November.

The draft legal framework is based on the 1991 International Convention for the Protection of New Varieties of Plants (also known as "UPOV 1991") which is an inflexible restrictive regime heavily tilted in favor of commercial breeders and their varieties to the detriment of agro biodiveristy and small-scale farmers that are the backbone of Africa's agricultural system.

Today most of the members of UPOV 1991 are industrialised countries with large scale commercial farming and professional breeding focused on producing uniform varieties. Such a system is simply unsuitable for the ARIPO region whereby 12 out of 18 of its members are considered to be least developed countries i.e. the poorest countries and most vulnerable segment of the international community.

The ostensible rationale for the draft legal framework emanates from the ARIPO Secretariat ¬ a committed champion of UPOV 1991¬- that a regional PVP system is necessary to promote research and development ( R&D) in new plant varieties and that high performing plant varieties will increase agricultural productivity, improve rural income and ensure food security in Africa.

These claims are, in turn, entirely based on those made by the UPOV Secretariat, foreign entities such as the United States Patent and Trademark Office (USPTO), the European Community Plant Variety Office (CPVO) and the seed industry (e.g. the African Seed Trade Association (AFSTA), the French National Seed and Seedling Association (GNIS) and the International Community of Breeders of Asexually Reproduced Ornamental and Fruit Varieties (CIOPORA).

All of these entities have vested interests in promoting UPOV 1991. The seed associations represent powerful companies that will make huge commercial gains from the implementation of UPOV 1991 in ARIPO member states.

There is simply no evidence that the presence of a PVP system based on UPOV 1991 will encourage the development of new varieties where no market exists, which is the situation for most ARIPO Member States. There is also no independent empirical evidence supporting the view that UPOV 1991 will improve rural incomes or food security.

Indeed, the adoption of UPOV 1991 is likely to increase seed imports, reduce breeding activity at the national level, facilitate monopolization by foreign companies of local seed systems, and disrupt traditional farming systems particularly as farmers will no longer be able to freely use, exchange and sell farm-saved seed.

The proposed draft legal framework undermines the sovereign of governments to regulate matters concerning plant varieties as all authority to grant and administer plant varieties granted at the regional level vests with the ARIPO office.

The draft legal framework also contains provisions that undermine international instruments that have been championed by African nations such as the International Treaty on Plant Genetic Resources for Food and Agricultural and the Convention on Biological diversity.

Currently under the WTO-TRIPS Agreement African nations have full freedom to design effective sui generis PVP system that is relevant to their individual conditions and needs. LDCs are not under obligation to have PVP regimes in place. ARIPO should use this policy space to work out a more flexible legal regime that balances breeders and farmers rights and benefits the ARIPO population and NOT just blindly follow the UPOV route, simply because it is championed by the UPOV Secretariat, the EU, the US and the seed industry.

The process of developing the legal framework has largely been closed to farmers, farmer organisations, and other members of civil society while the industry and its linked associations such as the CIOPORA, AFSTA, GNIS, USPTO, the UPOV Secretariat, the CPVO have extensively been Consulted.

Civil society has since a year ago expressed grave concerns over the draft legal framework and submitted detailed inputs into the process. These inputs have been totally sidelined and ignored in the development of the draft legal framework. In fact civil society and small-scale farmers have not even been given an opportunity to present their views at the ARIPO Administrative Council.

We call on ARIPO member states to reject the proposed legal framework and refrain from joining UPOV 1991. We also urgently call for an open, transparent process, involving small farmers, especially, to discuss appropriate seed laws for Africa, where the obligation of protecting biodiversity, farmers¹ rights, and overall ecological productivity is entrenched as a primary objective.

Give EC The Peace Of Mind To Work – NPP Communicator Tells N...
36 minutes ago