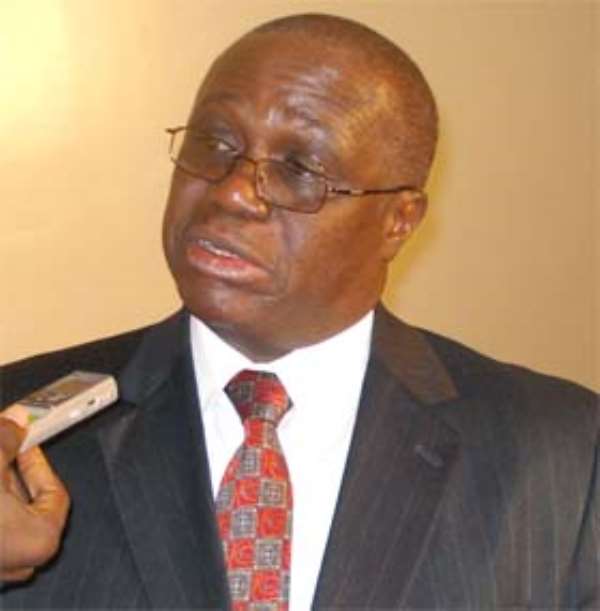 Provisional data on the execution of the 2013 budget for the first nine months of the year show that both revenue and expenditure fell short of their respective targets. However, the shortfall in revenue was much higher than the reduction in expenditure.

A statement read by the Monetary Policy Committee of the Bank of Ghana yesterday indicated that total revenue and grants amounted to GH¢13.9 billion (15.9% of GDP) falling short of the target of GH¢16.3 billion (18.4% of GDP).

'The shortfall in government receipts was mainly the result of lower than budgeted domestic revenue collections on account of lower import volumes, decline in commodity prices on the world market and slowdown in economic activity during the first half of the year, due partly to the energy crisis,' the committee noted.

According to them, total expenditure, including payments made for the clearance of arrears and outstanding commitments, was GH¢21.2 billion (24.3% of GDP) compared with the budgeted ceiling of GH¢22.7 billion (26.1% of GDP). Compensation of employees of GH¢6.6 billion and interest payments of GH¢3.3 billion, represented 74.1 per cent of domestic revenue.

They noted that the overall budget deficit for the first nine months of 2013, was GH¢7.3 billion equivalent to 8.4 per cent of GDP, against a target of 7.2 per cent. The deficit was financed mainly from the domestic sector, resulting in a Net Domestic Financing of the budget of GH¢5.1 billion (5.9% of GDP), compared with the budget target of GH¢4.7 billion (5.4% of GDP).

Below is part of the statement read yesterday

External Sector Developments
For the first nine months of 2013, the balance of payments improved as it recorded a lower deficit of US$1.7 billion compared with a deficit of nearly US$2.1 billion in the same period last year. This was largely due to increased net inflows to the financial account, in spite of a deterioration in the current account deficit.

The current account deficit widened to US$4.5 billion from the US$4.1 billion recorded in the corresponding period of 2012. This was as a result of a deterioration in the services, income and transfers account, which was moderated by an improvement in the trade balance.

The capital and financial accounts on the other hand recorded a significant rise in the surplus to US$3.4 billion from a surplus of US$1.7 billion in the same period of 2012. This development was mainly driven by net official borrowing of US$1.3 billion and significant improvement in the deficit on short term capital.

For the first ten months of the year, the value of merchandise exports remained broadly unchanged at US$11.4 billion compared to the same period last year.

The value of imports was unchanged at US$14.7 billion. Oil imports went up by 0.4 per cent to US$2.9 billion, while non-oil imports declined by 0.2 per cent to US$11.8 billion within the period. Of non-oil imports, the share of capital and intermediate goods declined to 68 percent from 70 percent in 2012, while consumption goods increased to 24 percent from 22 percent. The trade deficit for the period therefore remained unchanged at US$3.4 billion.

Private inward transfers received through the banking system from January to September 2013 declined to US$12.6 billion from US$13.4 billion for the same period in 2012. Of the total transfers, US$1.3 billion accrued to individuals representing a decline of 0.4 per cent over the same period of 2012.