France to deploy 1,000 troops to C. Africa for six months 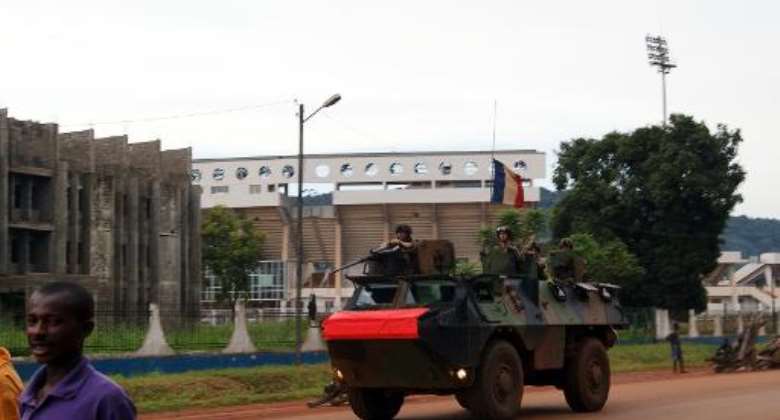 French soldiers, shown on patrol in Bangui on October 23, 2013, are to receive reinforcements under a new agreement between France and the Central African Republic. By Pacome Pabandji (AFP/File)

Le Drian said French troops would act only "in support" of an African stabilisation force in Central African Republic "for a short period, in the range of about six months."

Central African Republic Prime Minister Nicolas Tiangaye said after talks in Paris on Monday that Foreign Minister Laurent Fabius had talked of adding 800 troops to the 410 French soldiers already based in the capital, Bangui.

Tiangaye said "serious war crimes" are being committed in his country where rebels forced President Francois Bozize to flee in March. A transitional government has since lost control of the country of 4.5 million people.

France on Monday proposed a UN Security Council resolution authorising international troops to use force to end mounting chaos in the country.

The resolution, which would also impose an arms embargo on the strife-torn country, could be passed by the 15-member Security Council next week.