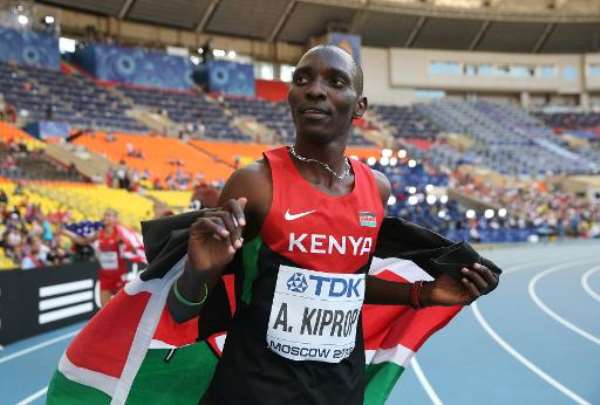 Kiprop was returning to his Eldoret home from Kabarnet, situated in Kenya's Rift valley region, when the car he was driving hit a rock and veered off the road, his friend Wilson Kipsang told AFP.

"He's okay. He was treated at the hospital in Eldoret for some bruises and allowed to go home," said world marathon record holder Kipsang, who accompanied Kiprop and his fellow passenger, James Kangogo to hospital.

The 24-year-old Kiprop, who was awarded the Beijing Olympic 1500m gold after Bahrain's Rashid Ramzi tested positive for doping, successfully defended his world title in Moscow in August.

He also won all his three Diamond League races over the distance this season in Doha, Shanghai and Monaco.

We stand with Ayine against judicial tyranny, plans to gang ...
32 minutes ago