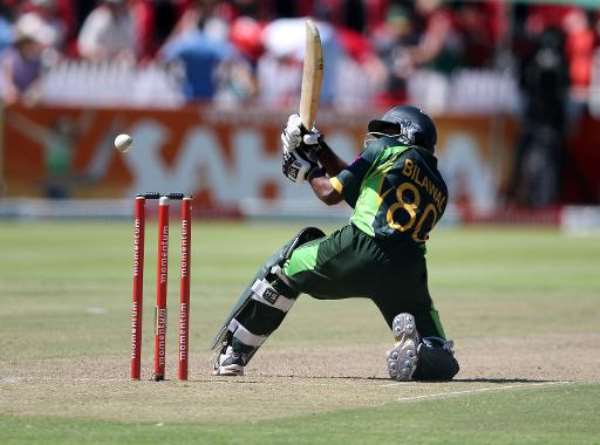 Bhatti (39) and Ali (43 not out) put on 74 for the eighth wicket after Pakistan's recognised batsmen struggled against a strong South African pace attack.

For the first time since South Africa began their rise to the top of the Test rankings, the hosts fielded all three of their leading fast bowlers - Dale Steyn, Vernon Philander and Morne Morkel - in the same one-day side.

With Jacques Kallis returning for his first one-day international since February 2012, South Africa applied relentless pressure as Pakistan struggled to 131 for seven in the 36th over. But Bhatti and Ali went for their shots to keep their side in the game on what looked a good batting pitch.

Steyn took three for 33 and Morkel three for 39, while Philander claimed one for 37.

Nasir Jamshed and Ahmed Shehzad put on 49 for the first wicket but Steyn dismissed Jamshed in the 16th over and followed up with the wicket of Mohammad Hafeez, both caught in the slips.

Pakistan's leading batsmen were unable to build any substantial partnerships and could not lift the scoring rate. They looked to be headed for a low total when Shahid Afridi was bowled by Steyn in the first over of the batting powerplay.

But Bhatti and Ali, both playing in their first one-day internationals, put on 74 off 70 balls. Bhatti made his 39 off 25 balls, hitting three fours and two sixes, while Ali hit six fours in a 55-ball innings.