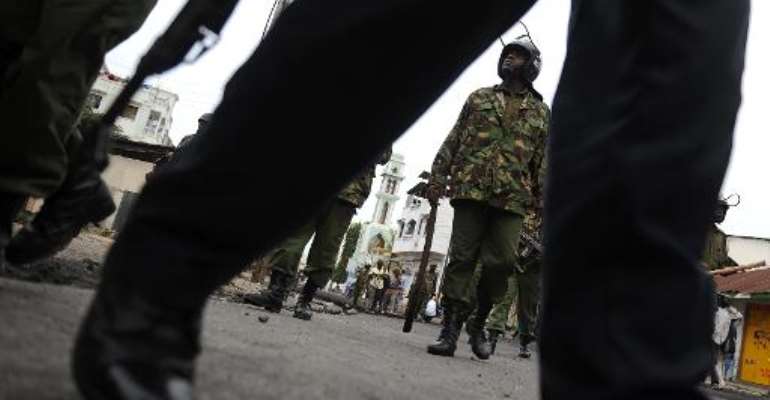 "Armed militiamen believed to be from the Pokot community are holding three police camps hostage in Lorokon village, Turkana county," said the National Disaster Operations Centre in a tweet.