Messi: I'm pleased Ronaldo will be at the World Cup 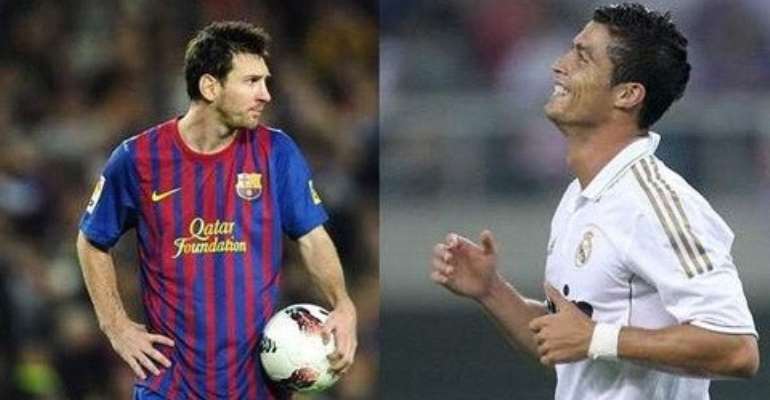 Ronaldo, 28, scored a stunning hat-trick in the second leg of the 4-2 aggregate victory over Sweden in Tuesday's World Cup play-off to ensure their place in Brazil.

And Messi lauded the Real Madrid star for his display and spoke of his happiness at seeing his rival's side qualify for next year's tournament.

"I was very happy for him when he scored those goals," Messi told reporters.

"It's just great when the best teams compete in Brazil, and Cristiano has had a great scoring rate for many years.

"I don't know if this is Cristiano's best moment, but he is always there, scoring goals in all the games and playing his part for his club and his country. He has been like that for many years.

"Whether he is at his best, or a bit below that, there is almost no difference."

Messi, who picked up the Golden Shoe for a record third occasion after netting 46 times in La Liga last season, is hoping to add the World Cup with Argentina to an impressive list of awards next summer.

"Certainly, to win the World Cup is a dream for me, my team-mates and all of Argentina," he added.

"We need to improve a couple of things, but there are still seven months until the tournament starts. Hopefully we can win there, but a lot of nations can do it."

The 26-year-old, who is expected be out for the next eight weeks after tearing his hamstring, says he has no intention of leaving Barca, despite suggestions that he would appreciate a different challenge in football.

"My intention is to stay with Barcelona for good," he said.

"I am grateful if what they say is true and there are people interested. It makes you proud that they say such things. But my life is with Barcelona."