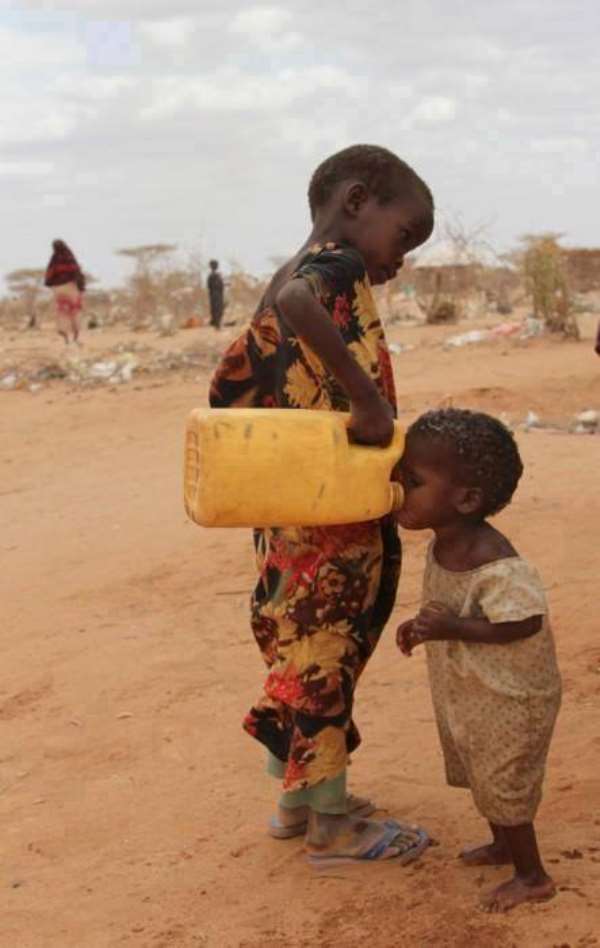 Already enjoying increased macroeconomic stability and more democratic politics, Africa has also been touched by the so-called global commodities super-cycle. Strong demand for the continent's oil, gas, and minerals have combined with high prices to fuel economic growth in many of its resource-rich countries, including Equatorial Guinea and Angola. Across the continent, progress has accelerated on education, child survival, and on the fights against killer diseases such as HIV/AIDS and malaria.

Unfortunately, much of this progress remains too slow and uneven. Inequality has become a pressing issue for the continent, slowing both economic growth and poverty reduction. In the long-term, this inequality will also fuel dangerous social and political pressures. Oil-rich Equatorial Guinea saw its GDP grow by an average 16.9% every year in the first decade of this century. Its average income is now higher than that of Poland. But three-quarters of Equatorial Guinea's population still live in poverty and child mortality rates are among the highest in the world.

So how can African governments and the international community pursue growth in Africa that is more equitable and inclusive? Chaired by former UN Secretary-General, Kofi Annan, the Africa Progress Panel released a report in May on precisely this theme. The report Equity in Extractives – Stewarding Africa's naturalresources for all found that few Africans have benefitted from their countries' natural resources and inequality has increased. This rising inequality is slowing the rate at which growth reduces poverty and in many countries, the poor have seen their share of income shrink. Equity in Extractives recommends a series of policies which, if implemented, will help ensure that Africa's natural resource wealth brings more inclusive and equitable growth.

As a starting point, African governments must link extraction of their natural resources with plans to reduce inequality and boost inclusive growth. They must identify extractive projects that can generate more jobs, through linkages with the local economy. By processing natural resources before export, they can also bring extra value to the national economy. But public spending is the key mechanism that connects government revenues with the wider population. And African governments must spend their revenue more fairly. Too often, public spending is heavily skewed against the poor.

Nigeria spends around 6% of its GDP on education. That is a relatively high share by international standards, but unequal allocations across states, a strong emphasis on grants for tertiary students, and the bypassing of urban slums leaves millions of the country's poorest children without schooling. Nigeria has an estimated 10 million children out of school.

Misguided priorities can also distort public spending on basic services. Nigeria's fuel subsidies reached US$9 billion in 2011, or 4% of its GDP. But the benefits often go to the richest households, which consume the most fuel. And they reduce the amount of cash available for urgently needed public spending on infrastructure such as power, ports, and roads. This limits growth and critical job creation, too.

Crucially, African governments must put transparency and accountability at the heart of their natural resource policies. Transparency is so critical, because it reduces the opportunities for corruption. This corruption is facilitated, of course, by the behaviours, norms, and laws of others within the international community. G8 and G20 governments in particular must do more to ensure transparency and accountability, especially in the extractives industries. Some extractive companies generate healthy profits that do not translate into commensurate government revenues. They benefit unfairly from excessive tax concessions, tax evasion and the undervaluation of assets.

By itself, trade mispricing, the misrepresentation of export and import values to lower tax payments, now costs Africa an estimated US$38 billion per year, more than the continent receives in either international aid or foreign direct investment. Too many trusts and companies are owned by anonymous individuals, effectively hiding the illegal payments between corrupt business people and government officials.

Equity in Extractives described five deals in the Democratic Republic of the Congo (DRC), involving the sale of national mining assets to anonymous individuals. Together these five deals cost the DRC an estimated US$1.4 billion, equal to twice the combined annual budgets for health and education – a tragedy in a country where seven million children are out of school.

But momentum is accelerating towards greater transparency. The United States and Europe have introduced legislation to require greater financial disclosure from extractive companies. African governments, such as Guinea, Liberia, and Ghana, are now publishing their contracts. Currently reviewing its money laundering rules, with a fourth anti-money laundering directive expected later this year, the European Union has a major role to play in tackling the non-transparent ownership of companies and trusts.

Tax evasion, illicit transfers of wealth and unfair pricing practices are sustained by global trading and financial systems. But international action can create an enabling environment for strengthened governance in Africa. And global problems need multilateral solutions. With the right political will and building on the continent's many successes, African societies will become more prosperous, fair and equal. This is a prize which we will all share, wherever we live.

Chaired by Kofi Annan, former Secretary-General of the United Nations, the ten-member Africa Progress Panel advocates at the highest levels for equitable and sustainable development in Africa. The Panel releases its flagship publication, the Africa Progress Report, every year in May.