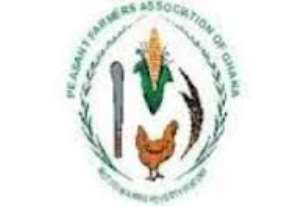 Accra, Nov.18, GNA - Peasant Farmers Association of Ghana (PFAG) has called on Government to prioritise support for smallholder farmers in the next medium term prioritisation of the oil revenues.

The Minister of Finance is mandated under the Petroleum Revenue Management Act, Act 815, to prioritise the sectorial expenditure of the oil revenue every three years.

Mr Mohammed Adam Nashiru, National President, PFAG was speaking when the Association together with the African Centre for Energy Policy presented a petition to the leadership of Parliament in Accra.

Mr Nashiru expressed gratitude to government for the first prioritisation from 2011 and 2013, with the support going into fertiliser subsidy, agriculture mechanisation, youth agriculture among other interventions.

'Sadly enough we are not able to sufficiently provide the food requirement of the nation, indicating that this is due to lack of technological and logistical support from government,' he said.

He said in the 21 century, farmers still depend largely on hoes and cutlasses to feed the nation.

Mr Nashiru said government should not only support farmers in terms of just employment creation but also for food security reasons.

'The current growth rate of 1.3 per cent in the sector is lower than the estimated population growth of 2.2 per cent,' he added.

Mr Nashiru said what this means is that Ghana would need to increase food imports to keep pace with demand.

He said a substantial injection of the oil revenue should be invested in the agriculture sector.

He said research has shown that at the national level, agricultural public expenditures have the highest returns in terms of agricultural productivity.

Mr Nashiru said the smallholder farmers were stranded at the Ministry of Finance when they went to present a petition to the Minister.

The PFAG mobilised 20,000 signatures from farmers and the  public across all the 10 regions, which were presented to the Ministry of Finance and Parliament by the National President of the Association.

I Wish You Die In Prison — Judge To Convict Who Defiled His ...
44 minutes ago