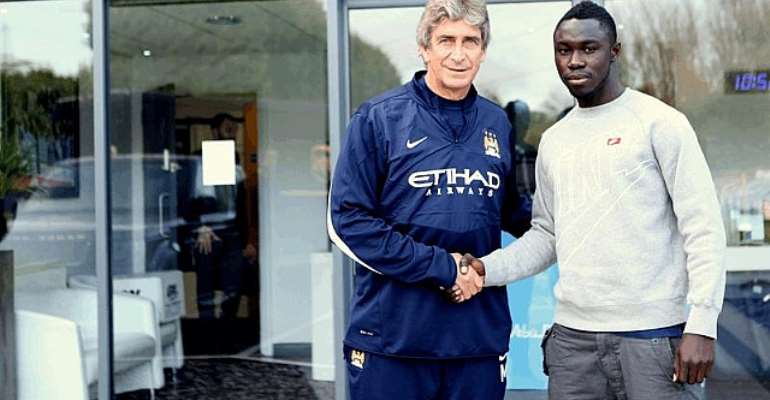 Right to Dream graduate Bismark Adjei-Boateng has penned a new deal with City after completing a successful year on loan with Norwegian champions Stromsgodset.

Boateng has been Ghana's most prolific midfielder in Europe this season following his exploits in Norway.

With the season now over, Boateng, a product of the Right to Dream Academy, has flown back to Manchester to pen his new deal with Manuel Pellegrini and will now take a short break in Ghana before returning to Norway for another season.

“I enjoyed playing alongside Abdi and playing my first full season at senior level,” said Boateng. “I had to work my way into the team, starting mainly from the bench and then earning a regular starting spot.

“The race for the title went until the final day of the season because Rosenberg could still overtake us. We were playing third-placed Haugesund but we won 4-0 to make sure we were champions.

“It's been so many years that our fans just went crazy and were partying in the streets. Now we have the chance of entering next season's Champions League, though we have to go through a qualifying process first.”

A fast, ball-winning midfielder, Boateng models his game on Yaya Toure and is hoping to play alongside him for the Blues one day.

“Though the standard in Norway is not as high as the Premier League, it's probably on a par with the Championship,” he said.

“It used to more kick and run football but last season a lot of teams were trying to play more of a passing game so things are improving. The only thing I found difficult was the cold at the start of the season - it was freezing! Even Manchester seems warm compared with Stromsgodset!

“There are three Ghanaians at Stromsgodset with Razak and Adam Larsen Kwarasey and myself which helped me settle into Norwegian life really well. We have a couple of Norwegian internationals and a good manager in Ronny Deila and I have formed a great understanding with Abdi which I hope I we can continue next year.”

A Ghana Under-17s international, Boateng is not expecting to force his way into the World Cup-bound national team for Ghana just yet. Ghana beat Egypt 6-0 in the first leg of their African World Cup play-off and have all-but booked their place in Brazil.

“I'm looking forward to playing for Stromsgodset again but further down the line, I can't wait to come back and train alongside players like Yaya Toure at City.

“I'm going to go home to Ghana for a month now and see my father, two kid sisters and brother,” said Boateng who will hope to follow in the footsteps of fellow countrymen Michael Essien, Sulley Muntari and Kevin-Prince Boateng (no relation).

“After that it's back to work and I'm really happy to have signed a new deal with City and look forward to returning with another year of senior football under my belt.” 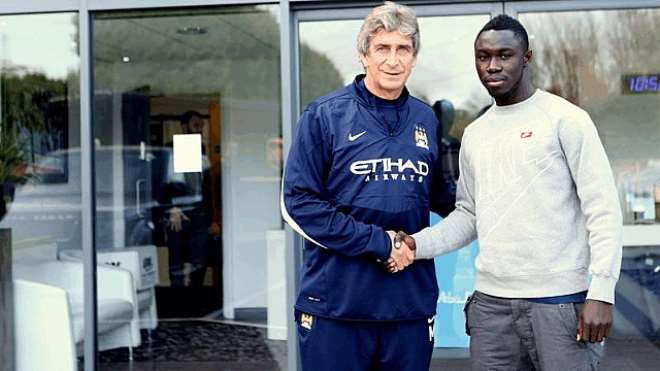