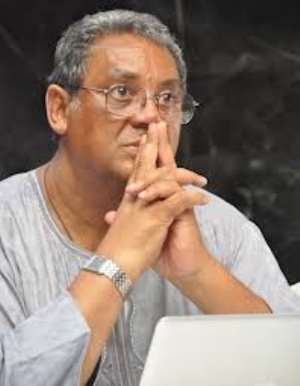 Confusion marred a scheduled polling station election of the New Patriotic Party (NPP) at the Mt. Zion Polling Station 'A' and 'B' at Tema Community Three (3) Block 'A' and 'B' last Sunday.

The election was to select polling station executives including Chairman, Secretary, Organizer, Women Organizer and Youth Organizer, who would eventually form part of the Electoral College that would elect new constituency executives and parliamentary candidates, and subsequently regional and national executives, as well as flag-bearer of the party for the 2016 general elections.

Francis Ohemeng Danquah, the scheduled officer who was appointed by I.J.K Awuah, Tema West constituency chairman to conduct the election had no choice, but to postpone the election to a later date in order to resolve the misunderstanding.

The prospective candidates and supporters of the party in the area charged on Mr. Ohemeng Danquah, shouting and insisting that the election be postponed to allow for all the anomalies to be rectified before a new date was fixed.

Some of the party activists who spoke with the Chronicle said until the misunderstanding was resolved they would not agree for the election to be held in the two polling stations, because according to them, they suspect foul play.

Speaking in an interview with the paper, Shadrach Kwesi Twumasi, who claimed he filed to contest for the position of the polling station chairman for the Mt. Zion Polling Station 'A', said a meeting was held two weeks ago to look at the modalities for the upcoming elections.

He stated that whilst at the meeting, they realized that names of most of the people who had filed their nominations to contest for the various positions were conspicuously missing on the list of candidates.

Mr. Twumasi noted that concerns were raised to that effect and the executives promised they were going to rectify the anomaly and ensure that the notice of poll was made available or posted on a notice board in the area for all to see and know those who want to contest for the various positions.

He continued that they were under the impression that the list of candidates or the notice of poll would be posted for all to see before the election, but nothing of the sort was done.

When the list finally came out, they discovered that most of the people who have registered and voted at the Mt. Zion 'A' have had their names sent to Mt. Zion 'B', he said.

He added; 'What broke the Camel's back was the fact that they told us that all those who filed to contest at Mt. Zion 'A' would be going unopposed. Meanwhile, others have filed to contest for the various positions'.

The candidates who filed to contest for the various positions have vowed that unless the situation is remedied, they will not allow the election to take place not today, or ever.