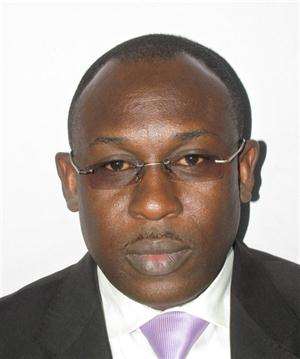 The Vice-president of policy think tank, IMANI-Ghana, Mr Kofi Bentil, has warned that the country faces an imminent implosion if the middle class continue to look on unconcerned while the country is mismanaged.

He said the current situation where people simply found personal solutions to the intractable public problems instead of demanding accountability from the appropriate authorities was unsustainable.

Mr Bentil said the middle class must use their economic and intellectual power to hold the political elite accountable when public services are not being provided in the quantities and qualities deserving of the people.

A leader 'is somebody who has the character, you know it is not within him to cheat you and he has the passion to achieve something…The reason why we have the society we have right now is because our leaders have cast out restraint; they are thinking about themselves only; we don't trust them.'

The middle class must therefore take immediate steps to demand concrete results from the political elite, Mr. Bentil, who is also a legal practitioner maintained.

'Every country is built from the middle; the middle class of educated and politically aware elite demand things of the political class,' he said.

Unfortunately, in Ghana, 'that middle class that must demand things of our colleagues who are in government has checked out,' Mr. Bentil regretted.

This development, according to him, had led to a situation where the nation's problems were left to the politicians, who cannot hold themselves accountable, to solve.  'That is why you hear politicians like Parliamentarians asking for police [protection] when there is a security problem; we solve our little problems and leave the rest.'

He warned that checking out and providing personal solutions while leaving the rest of the populace to wallow in misery does and cannot guarantee the safety and security of even the middle class.

He envisages a day when the neglected and forgotten sections of the society will rise up and demand their share of what is good; they will see the middle class as collaborators of the politicians and 'they will march on us and slaughter us.'

The educated, economically secured, he argued, must therefore start demanding answers from the politicians. A good point to start, he suggested, is cutting the privileges of the political class; 'there should be no minister who has to fly out of the country for medical reasons; if you have to do that, you have to pay for yourself!

The Head of Policy Monitoring and Evaluation at the Presidency, Dr. Tony Aidoo, also speaking on the show, said he did not believe the country could rely on the middle class to spur a new paradigm of leadership that is responsive to the needs of the people.

'You have a middle class that has become individualistic than nationalistic and because [the status of a middle class] puts you in an exalted position, you shut your mind to the wider social problems; whenever there is a crisis, you retreat into your small domain and continue to enjoy life. Are you going to put your fate in such a middle class to deliver the country'? he asked.

Kofi Bentil responded with his own question, 'who else will do it'?

'Let's go back and build our society on the basis of strong ideological foundations,' Dr. Tony Aidoo responded.

But who is going to lead that exercise?, Super Morning Show host, Kojo Oppong Nkrumah asked.