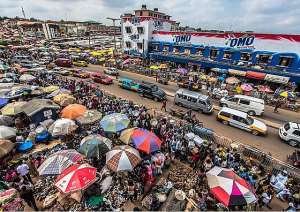 The KMA took over the management of the facility from Freco on Monday citing the latter's breach of existing contractual agreement.

Luv FM's Erastus Asare Donkor, who obtained a copy of the injunction explained that the court, presided over by Emmanuel Amo Yartey, ordered the KMA to halt interference in Freco's operations after hearing arguments by counsels of both parties.

"It goes on to say that 'it is ordered that the Defendant [KMA] vacates the premises [and] maintain the status before they took over the premises'", Erastus told Joy News.

Erastus explained that the injunction gave the KMA ten days to vacate the premises.

Freco had been managing the terminal since 2010. It was contracted by the Assembly to manage the bus terminal and keep 62% of revenue while the KMA takes 28%.