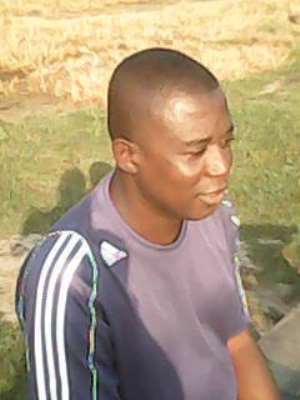 Newly-appointed Medeama assistant coach Stephen Abugri has expressed his gratitude to Heart of Lions for their immense support during his short stint with the club.

Abugri sealed a three-year deal to the Mauve and Yellows as the number two-man just a month after joining the Kpando-based side as Yusif Abubakar's  deputy.

The former King Faisal trainer has thanked officials and fans of the club for their unflinching support during his stay and says his reasons for leaving are not anything untoward.

' I have considered the presidentof Lions as my best club director. His dealings with his employee is amazing and I'm grateful to the opportunity to serve the club no matter how short it was,” Abugri told GHANAsoccernet.com

“He values and respects everybody. He has a fantastic human relation and I will forever be grateful to him and the club as a whole.

“Coach Abubakar is one man who has been a mentor and a senior colleague and I'm grateful to him and the entire technical staff.

“I am ready to serve the club in any capacity in the future but at the moment I have moved to Medeama and will give my all for the club.”

The ex-Okwahu United coach will be on the bench when Medeama play as guest of Hearts of Oak at the Robert Mensah stadium in Cape Coast.