Do You Support The Secret Recordings Of Victoria Hammah’s Conversations? 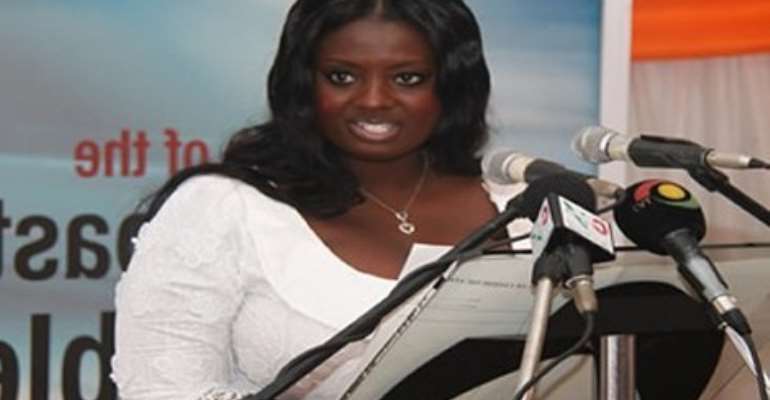 Firstly, it must be noted that it is a crime to secretly record anyone without their knowledge. However, such a secret recording can be made if authorised by say, a Court or a government investigative body for the prevention or detection of crime. This is what is called intelligence recording. Hired private investigators are known to secretly monitor and record their targets all for the purpose of establishing the truth about any allegation of crime or to prove a point.

The illegality of secret recordings of the public has made it an obligation for say, any premises having external surveillance cameras, CCTV cameras to place out public notices on the premises warning the public about the likelihood of being recorded while in the area.

Having said this, I fully support the secret recordings of Victoria Hammah that have turned out to immensely confirm not only the extent of official corruption within the NDC government but also, the degree of perversion of justice in Election 2012 Supreme Court petition.

Many a Ghanaian had their doubts about the credibility of the Supreme Court verdict hurriedly pronounced by Justice Atuguba. The decision was miles off on tangent. It was obvious to any rational Ghanaian that something fishy had taken place else, how could Justices Atuguba, Adinyirah, Gbadegbe, Akoto-Bamfo and Baffoe-Bonnie comfortably produce personal verdict statements contradictory to Constitutional declarations and Electoral laws in place?

From the content of the secretly recorded tapes capturing Victoria Hammah's (Deputy Communication Minister) personal gossips or conversations, those of us who had doubts about the credibility of Atuguba's judgment today stand vindicated. Subsequently, I can only hope that many such secret recordings of other "Ede bii keke" Ministers, Deputy Ministers, Court judges, MCEs and DCEs and MPs turn up in astronomical quantities.

If we do not nail them on such recordings but just talk and quit after the whirlwind has settled, then there is not any need for such recordings to be made in the first place.

Why has the driver of Victoria Hammah been kidnapped? Who is behind his kidnapping? I wonder the level of intelligence of those appointed to rule Ghana. Do they not think that the kidnapping or disappearance of the driver will go a long way to harm President Mahama and his government? It will clearly prove that many bad things are taking place in the government as it is obvious.Additionally,it goes to confirm how Atuguba compromised justice in the declaration of Election 2012 petition verdict.

The driver is rather to be protected but not kidnapped or killed. Can those in power not exercise their gumption a little bit in such delicate situations? Ministers or those nominated to lead the public should not involve themselves in loose talks. Nonetheless, Victoria's conversation was not any loose talk but pouring out the abundant filth of her heart as a member of the "Ede bii keke" infamous family.

Any corrupt public figure who does not want to be exposed anyhow, should please desist from corruption and loose talks. We require decent people to lead us but not crooks and loose-mouths.

The Holy Ghost is working and the battle is still the Lord's.