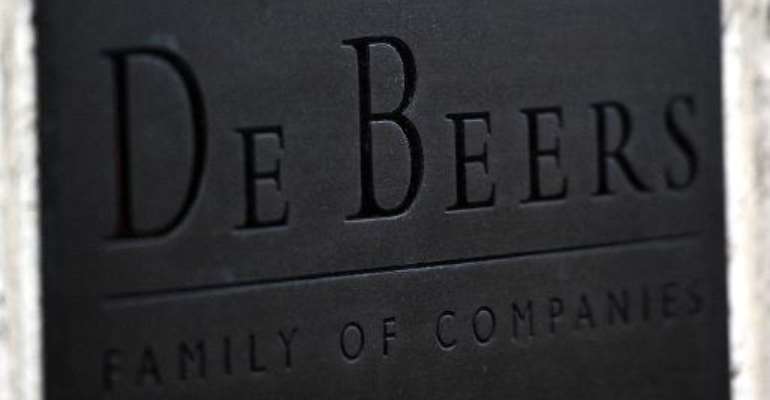 A sign is pictured outside the global headquarters of De Beers diamonds miner and trader in central London on October 3, 2013. By Carl Court (AFP/File)

Around 200 representatives of leading world diamond buyers will attend the buying sessions -- known as sights -- in the Botswana capital Gaborone this week.

"The relocation of sights to southern Africa underpins the long-term future of the partnership between De Beers and Botswana," the company said in a statement.

The group signed a deal with the Botswana government in 2011 to move its sights and sales operation including professionals, skills, equipment and technology from London.

Rough stone sorting or aggregation operations have been based in the British capital for nearly 80 years, but from now this will be done in a new $35 million-facility in Gaborone.

It already started rough stone sorting in the southern African nation in August 2012.

De Beers affirmed the relocation was "another significant step in the country's transformation into one of the world's leading diamond centres" -- in sync with Botswana's own project to develop the downstream industry locally.

De Beers is one of the world's top diamond companies along with Russia's state-held Alrosa.