Govt cannot be commended for acting under pressure - Kabila 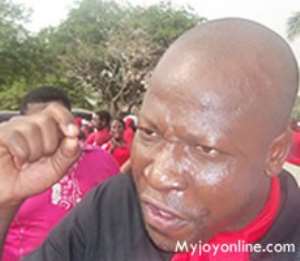 Government following a review of the report by the Technical Working Group tasked to study the new utility tariffs announced by the Public Utilities Regulatory Commission (PURC) announced a reduction in electricity tariffs by 25 percent.

This means consumers will now pay 59.18 percent as against the 78.9 per cent announced by the Public Utilities Regulatory Commission (PURC)

But Kwabena Bomfe on Peace FM said he is not enthused about the reduction because it is characteristic of the Mahama-led administration's kneejerk reaction to solving issues.

According to him, government acted under pressure after Organized Labour had threatened to hit the street if utility tariffs were not reviewed.

“The strike is something that could have brought the country to a standstill” he added.

Kabila as he is popularly called bemoaned what he described as the wait and see attitude of government, adding that it only reacts after things gets out of hand.