KMA Terminates FREKO’s Contract, But FREKO Says It Is Unlawful 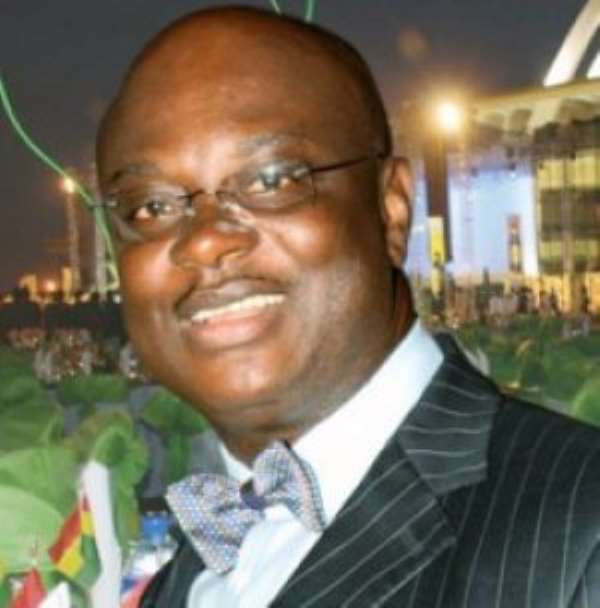 The abrupt termination of the contract, according to a letter sighted by the paper dated 8th November 2013, is as a result of what the assembly describes as 'woefully failed' and defiantly refusing to remedy the company's countless breaches of the terms of the agreement with the assembly.

However Managing Director of Freko FD, Mrs. Freda Darko says the assembly is only trying to finish what its former Mayor Mr. Samuel Sarpong could not achieve, which in her view, is to collapse her business.

She insisted that the abrupt termination of the contract between the assembly and her company is illegal and part of a grand attempt to ruin a successful business being managed by a woman.

The letter which was signed by the Mayor Kojo Bonsu, mentioned just two of what they said were numerous breeches of the agreement: not maintaining the terminal in good state and condition and deliberate refusal of to be transparent with regard to the management of the facility.

The reason for the termination of the contract, according to her, does not hold water as the assembly has been negligent in its oversight responsibilities on the terminal.

On the issue of refusing to be transparent, Mrs. Darko said they rather refused to take a suggestion she made in a meeting with the assembly on how best they could monitor the proceeds of the toilet facility her company manages on the terminal.

“They asked me to ensure that revenues from the toilet facility should be covered by counterfoil receipts but I told them to get me a machine which could make the accounts of the proceeds easier since no one who is entering a toilet room would be willing to wait for a receipt but they did not, so why do they say I am not rendering proper accounts”, she enquired.

She told this paper that the assembly had given a portion of the terminal which is opposite the Children Hospital at Pampaso to an individual to operate as a public toilet facility. However the operator of the facility which is greatly patronized has no manhole and hence connected the fecal matter into drains on the terminal.

“Now the assembly turns around and says by our inactions to prevent that individual, users of the terminal are prone to outbreak of diseases, forgetting that I have long notified them about that development but they were negligent”, she stated.

This paper realized that the termination of the contract has been long held dreams of the assembly which they could not see come to pass because of the professional and excellent manner through which Freko FD managed the terminal.

Sometime this year, the assembly through its mayor, Hon. Kojo Bonsu held a meeting with Mrs. Darko in the presence of another lawyer who spoke for the assembly, in which they clearly declared their intention to abrogate the contract between her company and the assembly.

But they were forced to recoil into their shells upon notice that a similar action was began by Mr. Samuel Sarpong who was then mayor of Kumasi, and that matter ended up in the courts. Therefore their abrogation of the said contract would be contemptuous of the court.

Apart from that also, the Speaker of Parliament had been petitioned by Mrs. Freda Darko over lies told the Appointments' Committee of Parliament by Mr. Sarpong about her and Freko FD.

In the said petition Freko enumerated several actions initiated by the former Mayor to grind the businesses of the company to a halt but failed.

Even though Freko is yet to receive any reply from Parliament over the petition everybody got to know the unbelievable nature of the former mayor and which is now being followed by his predecessor, Hon. Kojo Bonsu.