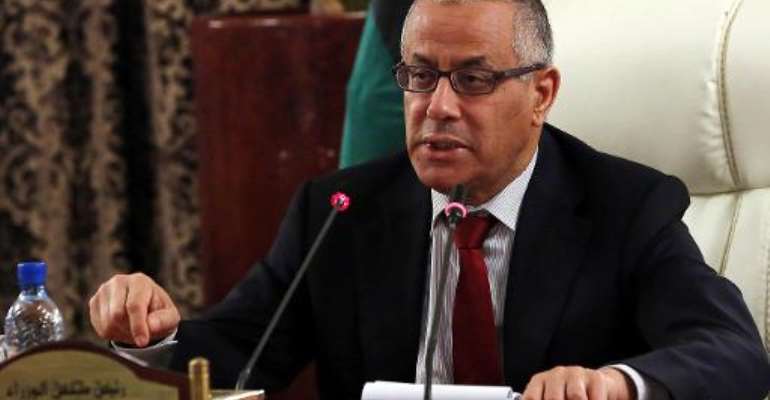 Tripoli (AFP) - Prime Minister Ali Zeidan warned Libyans of the possibility of foreign powers intervening unless the country's current chaos ends, in an appeal Sunday aimed at rallying his campaign against militias.

"The international community cannot tolerate a state in the middle of the Mediterranean that is a source of violence, terrorism and murder," said Zeidan.

Citing the example of Iraq, he warned against "the intervention of foreign occupation forces" in Libya.

Zeidan said his country was still subject to a resolution under Chapter VII of the UN Charter that allows the international community to intervene to protect civilians.

Libya's government has struggled to assert its authority as militias of ex-rebels have carved their own fiefdoms in a country flooded with weapons looted from the arsenal of the ousted regime of Moamer Kadhafi.

Speaking at a news conference, Zeidan called on Libyans to rebel against the armed militias.

"The people must take to the streets ... and support the building up of the army and police," said the prime minister.

His calls for support from the public illustrate the inability of the authorities to deal with the militias.

"The state has not been built yet ... we need time," Zeidan said, adding that measures had been taken to accelerate the training of professional security forces.

His remarks came after a string of deadly attacks in Tripoli and eastern Libya during the past week, in the latest sign of growing lawlessness that has plagued the country since Kadhafi's ouster.

Rebels who overthrew Kadhafi were hailed as heroes for bringing an end to more than four decades of dictatorship.

But many have rejected government demands to turn in their weapons or join the national security forces, posing a constant threat to stability. In October, a militia group briefly kidnapped Zeidan from his hotel in Tripoli.