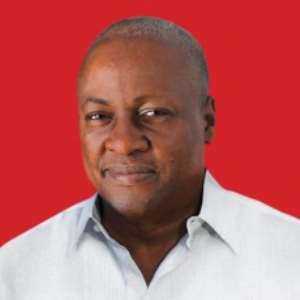 President John Dramani Mahama has assured that government would implore Ghana Education Trust Fund (GETFund) to provide some minimum support annually for staff training in the private tertiary institutions in the country.

President Mahama gave the assurance in a speech read for him by Mr Paul Evans Aidoo, Brong-Ahafo Regional Minister during a durbar of staff, students and other stakeholders to mark the 10th anniversary celebration of the establishment of the Catholic University College of Ghana (CUCG) at Fiapre in the Sunyani-West District of Brong-Ahafo.

The event, on theme: “A Decade of Catholic University Education in Ghana, Challenges and Prospects” coincided with the University's 9th congregation and 16th matriculation since actual academic work commenced on March 10, 2003 whilst its    first matriculation of 50 pioneer students was also held on May 3, 2003.

The President observed inadequate funding, insufficient teaching and learning materials among other challenges were confronting private tertiary institutions in the country.

He pledged that “the State will support the good works private tertiary institutions are doing to help train the required human resource for national development”.

President Mahama therefore stated that it would be helpful if the GETFund could come out with possible modalities for supporting institutions like the CUCG in the form of literature, transportation and softwares for the management of University examinations and students records.

He noted that distance was no longer a barrier to opportunity, saying with the requisite knowledge and skill, one could take advantage of the numerous opportunities available.

The president commended the College for being a reliable development partner in that knowledge economy and therefore stressed the need for a continuous review of its programmes content to satisfy the dynamic skill requirement of the job-market.

President Mahama challenged the country's tertiary institutions to instill a sense of identity and purpose in the nation's youth, stressing that it was time for them to re-tell the African story through the medium of Information and Communication Technology (ICT).

He cited that the Computer Science Faculties should be able to use computer animation technology and multi-media to tell the stories of African heroes and heroines in ways appealing to the youth.

Professor James Hawkins Ephraim, Fellow, Ghana Academy of Arts and Sciences (FGA), Vice-Chancellor (VC) of the University reported that, since its first congregation in 2006, the cumulative number of graduates from the institution was now 1,907.

He indicated the number included 243 graduands of the 9th congregation, adding that total student population of the University, including 896 admitted in August for 2013/2014 academic year was now 4,361.

Prof. Ephraim said the University had made strides in infrastructural development, disclosing that through a term facility from the GCB Bank, the institution had completed two hostel clusters, comprising four-storey buildings each which were ready for occupancy.

The Vice-Chancellor said currently most of the rooms were unoccupied, saying that the University envisaged coming up with attractive packages to attain full occupancy.

Professor Ernest Aryeetey, Vice-Chancellor, University of Ghana (UoG) in an address read for him, announced that the CUCG was complying with the conditions of affiliation as stipulated by its mentor (UoG).

He said as a mentoring institution, the UoG had a duty to assist all affiliated institutions to develop and produce world class human resource to meet national development needs and global markets.

Prof. Aryeeyey said that was only possible through quality and enhanced teaching, innovative research work and knowledge dissemination, adding that the UoG had a strong Quality Assurance Unit to ensure that the required standards were maintained by all its affiliate institutions too.

Professor Domwin Dabire Kuupole, Vice-Chancellor of the University of Cape Coast, in a speech on his behalf, expressed commitment of the University to sustaining its partnership with the CUCG in the area of developing teacher education in the country.

Prof Kuupole assured the University of Cape Coast would continue to collaborate with, and support CUCG in strengthening the latter's teaching and research capacity to attain a Chartered fully-fledged autonomous university in the nearest future.