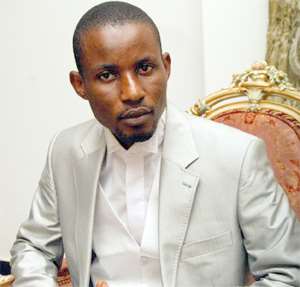 Haruna Mohammed Maiga, a media consultant has announced his decision to contest for the Nasara National Coordinator position of the New Patriotic Party (NPP) in the next national executive elections.

He pledged to repackage and re-organize the Nasara Wing to make it more effective to mobilize support for the party in minority communities.

In a statement released by the Maiga for Nasara Campaign office in Accra, he said the current leadership of Nasara lacked direction and ideas to enhance the party's fortunes, particularly in the Zongos.

According to him, the results of the last elections showed that the NPP was losing ground to the NDC in the Zongo communities nationwide.

'This raises serious questions about the competence of the current Nasara leadership, especially at the national level,' Maiga stated.

As part of his proposed re-organization, Maiga indicated that he would soon present a comprehensive proposal to the National Executive Committee (NEC) to consider changing the title of 'coordinator' to 'organizer.'

Furthermore, he said the Nasara Wing should be resourced and strengthened as a vehicle to reach out to other ethnic minorities in the North and other parts of the country and not only Muslims within Zongos.

Haruna Maiga, who is related to the founder of the Nasara Club of NPP, Alhaji Fusseini Maiga, noted that there was a growing middle-class in the Muslim and Northern communities and that the NPP could benefit from their influence if strategies were adopted to attract them into the party's fold.

He said if given the nod, capacity building programmes to assist Nasara Coordinators in the various constituencies would be initiated to enable them acquire knowledge and skills in order to enhance their chances of securing gainful employment.

He promised to honour some past luminaries and patrons of the Nasara Wing of NPP by instituting annual 'Dua' prayers in their memories.

Haruna was the editor of Business Week newspaper and Corporate Guardian magazine.

The statement said an official campaign launch would soon be held at the National Theater in Accra.