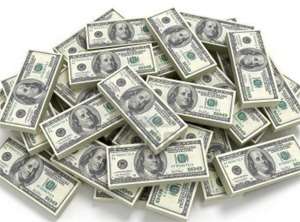 President John Dramani Mahama on Wednesday said Ghana would soon receive a $1 billion loan facility from the Brazilian government to undertake projects in energy, agriculture and other development projects.

He said the government, through the Social Security and National Insurance Trust (SSNIT), would complete all the 4,900 affordable houses started by the Kufuor administration.

'The houses, when completed, would be sold to public and civil servants all over the country to reduce the housing deficit,' he said.

President Mahama said this when he cut the sod for start of work on the Republic of Ghana and Construtora OAS Housing Project at Saglemi, near Old Ningo in the Greater Accra Region

The company is expected to build 5,000 housing units within a four-year period.

Ghana Home Loans would be in charge of the mortgage system of the housing units.

He said public workers would, in the next three years, become comfortable as the government was working around the clock to build more housing units throughout the country.

The President pledged to provide a leadership that would sustain Ghana's position as the pride of the African continent in the coming years.

President Mahama said the government's failure in the STX Housing project gave the government the opportunity to search for alternatives, hence the coming on board by the Brazilian Construtora OAS company.

Alhaji Collins Dauda, the Minister of Water Resources, Works and Housing, said the government's efforts to tackle the housing deficit was yielding dividends as more partners had agreed to invest in the sector.

The Minister said the project would also create not less than 5,000 jobs for the youth in the area and beyond and appealed to the contractor to respect the local content law by engaging more Ghanaians.

She promised to contribute towards the success story of Ghana by providing all the necessary assistance for Ghana to achieve her development goals.

Andrew Clocanas, Chairman of the Construtora OAS, said apart from providing housing projects, they were also engaged in energy, oil and gas, sanitation and infrastructural development in over 20 countries.

He pledged to support the Government of Ghana in infrastructure development that would enhance her socio-economic development.