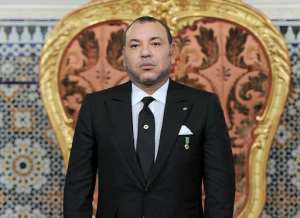 Rabat (AFP) - King Mohammed VI has reacted angrily to international criticism of Morocco's human rights record in the annexed Western Sahara, insisting the kingdom needed no lessons from anybody.

The king said late Wednesday the human rights situation was far worse in the small part of the former Spanish colony controlled by the pro-independence Polisario Front and in the refugee camps it runs in the Tindouf region of neighbouring Algeria.

In a speech commemorating the so-called Green March of 1975 in which Morocco sent in tens of thousands of settlers to lay claim to the territory, the king reserved particular anger for Algeria, Rabat's regional rival and the Polisario's main backer.

Morocco would not be lectured to, "particularly by those who systematically trample on human rights", he said, in a clear allusion to Algerian President Abdelaziz Bouteflika who sparked angry protests in the kingdom's economic capital Casablanca last week with a speech hitting out at its policies in the Western Sahara.

"Anybody who takes issue with Morocco only has to go down to Tindouf and check the numerous human rights violations in the surrounding area," he said in a reference to the Sahrawi refugee camps around the Algerian oasis town.

Algiers did not formally respond to the king's comments.

But a pro-Polisario group, cited by Algeria's official media, slammed his remarks on Thursday, accusing him of wanting to enflame the entire region by "reaffirming (Morocco's) continued colonisation of the Western Sahara".

In a speech in the Nigerian capital Abuja last week, Bouteflika hit out at the "massive and systematic human rights violations that take place inside the occupied territories to suppress the peaceful struggle" of the Sahrawi people for independence.

He said international monitoring of the human rights situation was needed "now more than ever".

The Algerian leader was referring to US efforts at the UN Security Council earlier this year to give the UN peacekeeping force for the Western Sahara unprecedented human rights monitoring powers, a bid that failed in the face of intense Moroccan lobbying.

The king made veiled criticism of the US move in his speech, which came two weeks before he meets President Barack Obama at the White House and less than a week before a visit to Rabat by US Secretary of State John Kerry, who will also travel to Algiers.

"Is there a crisis of confidence between Morocco and certain decision-makers in its strategic partners on the human rights issue?" he asked.

But despite the lingering unease in Rabat about the abandoned US rights proposal, Morocco remains a strategic regional ally for the Obama adminstration. The president will welcome King Mohammed VI in Washington on November 22, US officials saying on Thursday.

Last year, Morocco called on UN chief Ban Ki-moon to replace the former US diplomat, accusing him of bias, but in his speech the king expressed confidence in the envoy.

He promised Morocco's "cooperation with the UN chief, his envoy and friendly countries" in their efforts to "find a definitive political solution to the conflict".

Morocco has offered wide autonomy for the Western Sahara under its sovereignty but the Polisario insists it will not give up the Sahrawi people's right to decide their own political future in a UN-supervised referendum.

The two sides have observed a UN-monitored ceasefire since 1991 but the deep divisions between Morocco, and the Polisario and its Algeria backers have prevented any lasting settlement.