To know others, look at a horse....a message for corporate 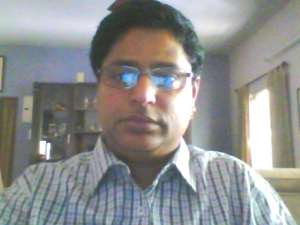 If the ears are directed forward, its focus is on the object in the front and if they are directed to some other direction, accordingly the horse may be looking at things that are in the direction of its ears. If the two ears are directed in two separate directions, the horse is definitely not comfortable and cool. An element of worry is there in the mind of the equine.

To know the capability, attentiveness, commitment and task orientation of people in corporate, several such simple techniques/indicators are available. If such techniques are employed and behavioural/leadership indicators are studied in detail, a complete blue print of people with reference to their capability, leadership instincts, intelligence etc can be measured and clearly understood.

Once such measure is made and people are understood, the corporate can avoid the scope for having undue expectation from such people. Further, the people can be engaged in the right way.

Understand the people based on their capabilities and assign the responsibilities accordingly. To understand, learn the 'art' and 'trick' of knowing the indicators and learn to interpret them wisely. Let the interpretation come out of tested behavioural/leadership indicators like how the temperament and mood of a horse can be judged from the direction and position of its ears.

The conflicts in corporate are often due to lack of understanding and lack of clarity among people, especially, between boss-subordinates. Understanding the people should be to increase the performance of people and not to limit their opportunity. This should be the essence of knowing the capability of people in corporate.

Observation of nature will help one to know what is there in nature and knowing will give insight to 'know the unknown in the known'. The HR function must seriously engage in learning the nature and its creation as there is enormous management learning is possible from nature.