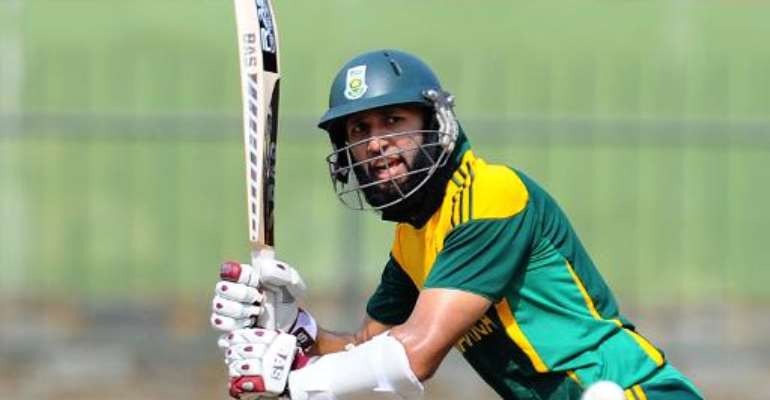 Dubai (AFP) - South Africa will look for a lead over Pakistan with the return of batsman Hashim Amla and spearhead Dale Steyn as the teams meet in the third match in Abu Dhabi on Wednesday.

Amla will boost a struggling South African batting which slumped to 183 and 143 in the first two matches while Steyn will strengthen the bowling attack in the remaining three matches.

Amla had returned home after the 1-1 drawn Test series while Steyn missed the first two one-days to get some rest back home.

The series is tied at 1-1 after South Africa outlasted Pakistan by one run in Sharjah while Pakistan levelled the series with an emphatic 66-run win in Dubai in the second match on Friday.

"We are hoping that the changes will help, especially in the batting department. We know we are under pressure as a batting unit and as a team. It is time to come to the party and play some proper cricket," said De Villiers.

Amla will replace flopped opener Colin Ingram who returned home after being his stand-by while Lonwabo Tsotsobe is likely to make way for Steyn.

"We have played cricket for a long time without some of our best talents like Amla and (Jacques) Kallis. We don't need to panic as I still believe that we are a world class unit and we are still 1-1 in this series.

"If we are panicking because we didn't win all the matches while playing away from home then we shouldn't be the best team in the world," said De Villiers, who vowed to face Pakistani spinners as a challenge.

"I would like my team to fight through the toughest. We don't want to win easy at all. We do want freebies, we want to do it the hard way out and tomorrow it gives us another opportunity to do so against Pakistan playing away from home."

Pakistan is also likely to strengthen their batting by bringing uncapped Sohaib Maqsood in place of Umar Amin.

They may also bring in left-arm paceman Junaid Khan for Wahab Riaz.

"I think this will be a tough match in a tough series and whoever wins this will have an edge in the remaining matches," said Misbah.

The fourth match will be played in Abu Dhabi on Friday while the fifth and final match is in Sharjah on November 11.

"It's time the batting lifts itself because if they do well our bowling will win us more matches," said Misbah.