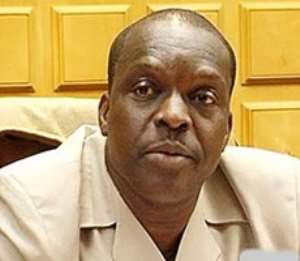 A former Majority Leader in Parliament, Alban Sumana Kingsford Bagbin says he has “ceased fire” on his criticism of the John Mahama administration.

This follows a truce called by the General Secretary of the National Democratic Congress (NDC), Johnson Asiedu Nketia to end the media war between Mr. Alban Bagbin on one side as well as some government appointees and party communicators.

General Mosquito as the NDC scribe is popular called, acknowledged the seeming division between the party and government and assured the issue will be resolved amicably.

The former Majority leader who is also one of the three 'wise men' in charge of government's priority projects, bemoaned the difficulty in inaccessing the president and chose to advise him in public.

His comments provoked reaction from some government appointees with a presidential staffer, Stan Dogbe and Foreign Minister, Hanna Tetteh leading the charge on facebook.

While some say the Nadowli-Kaleo Member of Parliament chose the wrong platform to express his concerns, others believe he [Bagbin] has betrayed the trust of the president.

But speaking on Peace FM’s morning show Kokrokoo Tuesday, Alban Bagbin described as unfortunate how people have misconstrued his statements.

According to him, his recent comments about the Mahama-led administration’s inability in fighting corruption were not made out of malice.

Mr. Bagbin said he will abide by the directive issued by Asiedu Nketia and not allow himself to be provoked by anyone especially in government.

“I respect the General very well; I think the right thing should be done so from now on it's total cease fire,” he stressed.