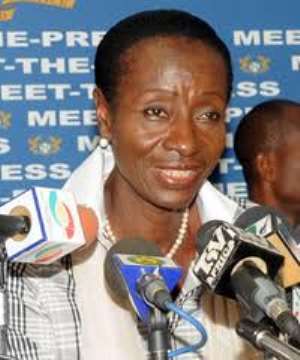 A FORMER Director-General of the Council for Scientific and Industrial Research (CSIR), Prof. Walter Sandow Alhassan says successive governments have only succeeded in paying lip services to the council, to the detriment of the nation's scientific and industrial advancement.

Unfortunately, Prof. Sandow, who headed the Council from 1993 to 2002, is not happy with the persistent lip-services politicians who have vied to become president of Ghana paid to the Council only to neglect it after ascending the highest position of the country.

He said in every election year, Presidential aspirants promised how they would commit money and resources into research works but as soon as they won power, they reneged on their promise and left the council to its fate.

According to the former Director-General, it is unfortunate that government provide money for salaries but did not do same for research institutions to conduct research for national development except an allocation of 30% of the Council's national annual budget for salaries and other services like stationery. The 30% he said did not even come regularly.

In an interview with The Chronicle on the sidelines of a workshop on Open Forum on Agricultural Biotechnology in Africa (OFAB) in Bolgatanga, Prof. Sandow said 'you cannot keep research institutions and not provide them money for research'. What is the use of keeping the research institutions then?

He observed that America was such a powerful nation because of science and technology which government of that country has given much attention to, in the allocation of its budget.

That he said, was not sustainable, stressing that 'one day we must really site up and put a significant part of our national budget for research'.

He recalled that sometime in 2002, there was a Maputo declaration that demanded countries to put aside 10% of their national budget into agriculture. He said though the declaration did not specify how much of the 10% should go into research, he suggested the government could take proactive stance and allocate at least 2% of it every year and make it part of the budget for research. Or, some petroleum levy to cater for research.

Prof. Sandow, therefore, urged Ghanaians to hold government liable for making vague in elections years only for them to renege on those promises after they have clinched unto power.

The workshop drew farmers from the various farmer groups from the thirteen districts of the Upper East Region.