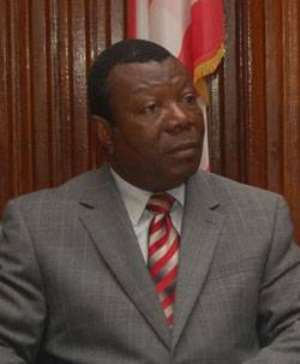 He said the situation has changed after the review of the Treaty with a new vision focussing on the people from the sub region.

Dr McinTosh made this known on Saturday when ECOWAS held its day at the ongoing 7th ECOWAS Trade Fair in Accra.

He said ECOWAS has now moved beyond Heads of State and Ministers and it is now for the people in the sub region.

He disclosed that the new treaty has ensured the creation of ECOWAS Court of Justice with seasoned lawyers available to help dispense justice to any aggrieved individual from the member states.

Dr McinTosh said there is also the creation of the ECOWAS Bank for Investment and Development to provide financial support for private individuals from member states to expand and invest in new businesses, coupled with the available huge market.

He therefore urged individuals from the sub region to know their rights as ECOWAS citizens and take full advantage of the available opportunities.

Mr Sunday Ugoh, Acting Director of Communication for the ECOWAS Commission said individuals from the sub region now enjoy free movement as visas had been abolished as well as the suppression of barriers and police checkpoints.

'There is also the harmonisation of documents and regulations including the introduction of ECOWAS passport to ensure the free movement of our people,' he added.

He said there is trade liberalisation among member states and ECOWAS is working towards the creation of single currency.

Mr Sunday said ECOWAS is also working towards interconnecting energy grid of member states as well as liberalising the telecommunication industry to provide the use of a common sim card without paying for roaming charges.

'ECOWAS has also made improvements in the area of peace and security, gender issues, agricultural and health,' he said.

Mr Ahmed Ahmid, ECOWAS Commissioner of Trade, Customs, Industry and Free Movement, said member states are all practising democracy and it is important that individuals know their rights and take advantage of the free movement of goods, including crossing borders to do business.