Afful Returns To Ghana Fold For Egypt Game After Suspension 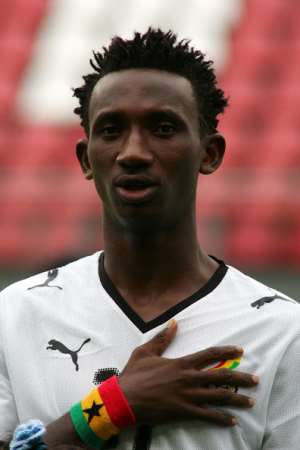 Harrison Afful has returned from suspension after being named in a 24-man Ghana squad for the World Cup play-off return leg against Egypt.

suspension.
The Tunisia-based defender picked up accumulated yellows cards during the 2-1 win over Zambia in the crucial group D decider in Kumasi.

But in-form 27-year-old has returned to the squad to serve as a real boost to the team ahead of their trip to volatile Cairo for the return leg.

His retun is expected to give coach Kwesi Appiah a selection dilemma after Daniel Opare excelled in the role during the heavy win over the Pharoahs.

But he is likely to be drafted into his left back role with Opare moving to the right with Inkoom expected to warm the bench due to his lack of action at Ukrainian side Dnipro.