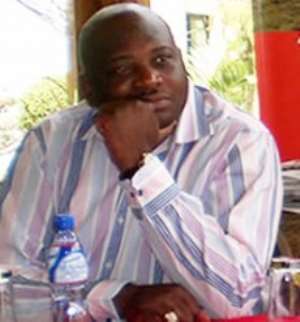 Ghanaians from all walks of life on Friday and Sunday turned up their hundreds at the Faith Evangelical Church and later at the forecourt of the State House and at the Banquet Hall to mourn the death of Madam Elizabeth Esi Mensima Nyann, 67, who passed away on Tuesday, September 24, 2013.

The late Madam Nyann was the mother of the Chairman Randy Abbey of Metro TV as well as Godwin Kujo and Dr. Martin Mensah both of whom reside in the United States of America.

Clad in black attire, the mourners thronged the Faith Evangelical Church at Mateheko on Friday morning where the burial service was held. From there, they moved to the Osu Cemetery where the mortal remains of the departed was interred.

Later, the mourners gathered at the forecourt of the State House where the final funeral rites was held. Present was NDC heavyweight, Ato Ahwoi, and other NDC figures including Dr. Omane Boamah who is the Minister of Communication, Deputy Information Minister, Felix Kwakye-Ofosu, Kwadwo Twum Boafo, Executive Secretary of the Ghana Free Zones Board as well as scores of NDC activists. Stephen Asamoah Boateng, Nana Akomea and John Boadu were also present together with Lawyer Kwame Akufo.

Hundreds of people from the football fraternity especially from the Sports Ministry, the Ghana Football Association, the various football teams in the country, referees and supporters of the Black Stars as well Coach Kwesi Appiah were also present.

The Memorial and Thanksgiving service was held yesterday at the Faith Evangelical Church.

I Wish You Die In Prison — Judge To Convict Who Defiled His ...
54 minutes ago