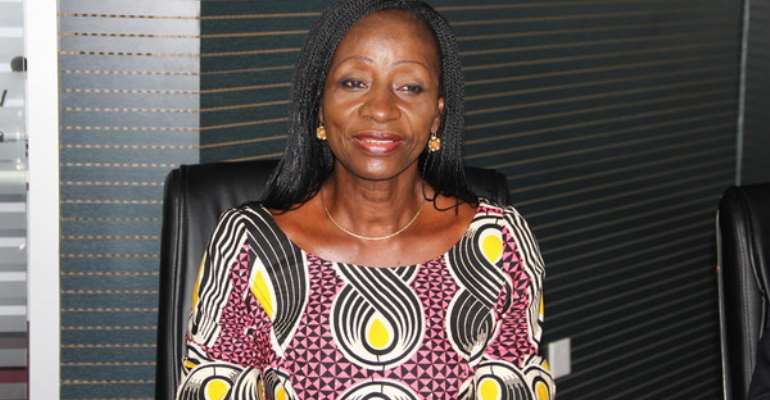 Casual workers in hospitals in the Accra metropolis who complained about the delay in regularising their employment status may soon heave a sigh of relief, as the Minister of Health, Ms Sherry Ayittey, has intervened in the matter.


Following the publication of the story on the grumblings of the workers in the October 25, 2013 edition of the Daily Graphic, Ms Ayittey has formally written to the Ghana Health Service (GHS) as part of efforts aimed at addressing the concerns of the casuals.

A copy of the letter which was made available to the Daily Graphic directed the Director-General of the GHS, Dr Ebenezer Appiah-Denkyira, to furnish the ministry with the names of the affected workers by November 15, 2013.

The letter, dated October 28, 2013 and copied to the Chief Director of the ministry and the deputy minister indicated that Ms Ayittey had requested for the list of the about 300 casual workers, their dates of engagement and work schedule.

In the letter, she also asked for the salaries being paid the casual workers, the names of the authorising officers for their engagement and their location of work.

Where They Work
It would be recalled that the Daily Graphic reported that the casual workers, popularly referred to as 'unconfirmed staff', had worked far beyond the stipulated six months under Ghana's labour laws.

Most of them had worked for between four and 12 years without their casual working status being changed.

A visit to nine health facilities in the Accra metropolis, revealed that the casual workers could be found in departments such as laboratories, wards, pharmacies, records, transport, among others.

How much they earn
The casual workers claimed that every year they were promised that their status would change.

As a result, they are not on government payroll and have to be paid from the internally generated funds (IGFs) of the hospitals.

For casual workers without a first degree, the hospitals pay them monthly salaries ranging between GH¢100 and GH¢180, while first degree holders earn GH¢200.  However, their counterparts on government payroll receive between GH¢350 and GH¢500.

The national daily minimum wage, based on 27 working days for public sector workers, was recently increased by 10 per cent from GH¢4.84 to GH¢5.32.

One of the 53 casual workers at the Princess Marie Louise Children's Hospital said, 'Our situation is more than being subjected to slavery. It is not easy to work as a casual worker in a hospital at all.'

Response From Metro Healthâ€ˆDirector
The Metro Health Director, Dr George Mensah, explained that the employment status of the casual workers could only be regularised upon approval by the Ministry of Finance.

He said a committee which was set up to look into the conditions of service of the casual workers had made some recommendations which were expected to be implemented by the beginning of 2014.

He explained that the directorate had adopted a strategy of recommending to the ministry to replace workers on government payroll who resigned, died or retired with the casual workers.

'The problem is that there are quite a number of casual workers and we do not get many workers retiring or resigning. But whenever there is an avenue we do our best. This is not a new problem; it has been this way for years,' Dr Mensah said.

You're A Covenant Keeping Leader — Ahafo Chiefs To Akufo-Add...
11 minutes ago