Nana Nketsia cannot be holier than the Pope - Twum Boafo 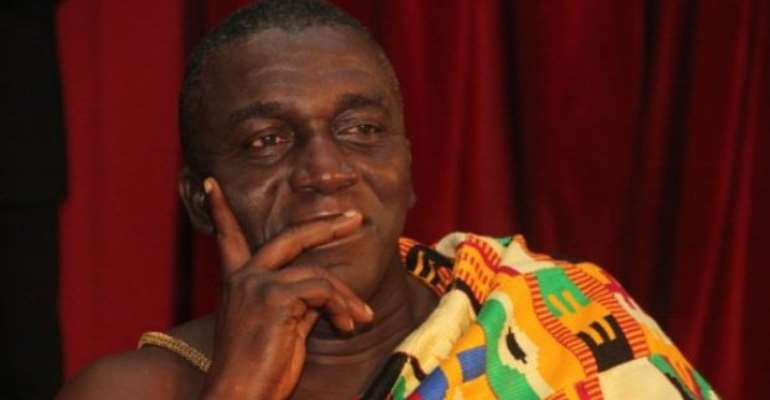 Executive Secretary of the Ghana Free Zones Board, Kwadwo Twum Boafo, has described as unfortunate, comments by Omanhene of Essikado Traditional Area, Nana Kobina Nketsia V about the unbridled corruption in the country.

Speaking at a public lecture organized by the Western Regional Branch of the Old Vandals Association at the Takoradi Polytechnic auditorium, the Chief bemoaned how “vampire” politicians are milking state resources to the detriment of Ghanaians.

“I saw a fleet of V8s tooting their horns around, at very top speed. About four of them were empty. I looked at them and I could see my wealth being drained up by very stupid people, who you and I are more intelligent than. We pay them, we elect them to serve us and they come and sit on us”, he exclaimed.

Nana Kobina Nketsia noted that unless a revolution happens, the future of the country is bleak.

“Nana Nketsia is complaining about people driving V8s bought with tax payers money, when he was given a land cruiser by government”.

Twum Boafo said given his pedigree, [Nana Nketsia] he should be measured by his comments to serve as a good example to the young ones.

Ghana Free Zones Board boss indicated that Paramount Chiefs like Nana Nketsia must be seen to be addressing the sale of stool lands to foreigners rather than dabbling in politics.

“I wish the chiefs, who criticize government for corruption and lack of development like Nana Nketia direct their anger to their fellow chiefs in the Western region, who sell lands left, right and centre to foreigners because that is the beginning of our problems”.

Kwadwo Twum Boafo reminded Nana Kobina Nketsia V to be mindful in his utterances otherwise “we the young ones would be tempted to reply him in equal measure”.

However, New Patriotic Party Member of Parliament for Berekum East, Dr. Kwabena Twum Nuamah said the Paramount Chief could not be blamed for expressing his frustration.

According to him, corruption in government is an open secrete hence “we don’t need a soothsayer to tell us”.

“What the Chief said are the sentiments of the people of Ghana. Ghanaians are disenchanted about how state resources have been misused”, Dr Twum Nuamah indicated as he advised government to look at the merit of Nana Nketsia message and not attack the messenger.