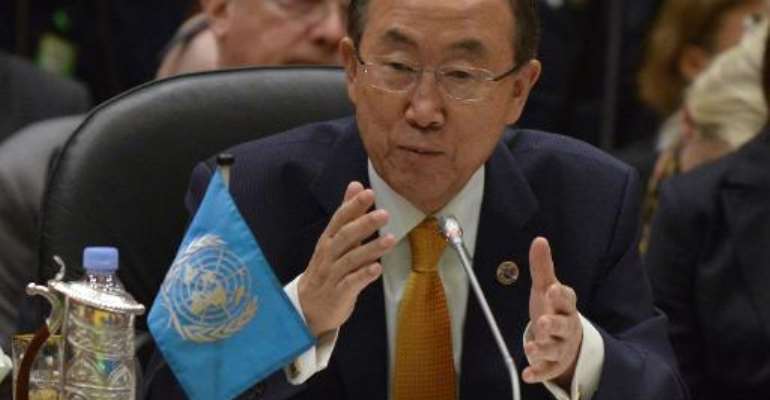 Ban, Kim and top officials from the African Union, African Development Bank and European Union will be in Mali on Monday and then travel to Niger, Burkina Faso and Chad.

Ban said the Mali crisis, when Islamic radicals and rebel allies took over the northern half of the country for nearly a year, "underscored the need to do more than fight fires in the region -- we need to clear away the problems that could ignite conflict and instability."

Eleven million of the 80 million people living in Sahel countries lack sufficient food, the region has had three severe droughts in a decade and Ban says it is "awash with weapons."

The World Bank president vowed to assemble "substantial public and private resources" for the region.

Ban and Kim went on a tour of Great Lakes African nations this year when the World Bank promised $1 billion of investment.

Ban, Kim, African Union chairwoman Nkosazana Dlamini Zuma, African Development Bank President Donald Kaberuka and Andris Piebalgs, the European commissioner for development, will be in Mali on Monday, Niger on Tuesday, and Burkina Faso and Chad on Wednesday, according to the World Bank.

They will meet the presidents of each country.